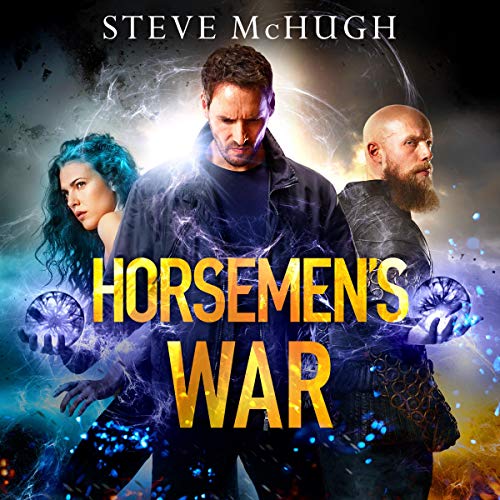 It’s a dark day for the earth realms. Will it be the last?

Sorcerer Nate Garrett lost much in the battle that devastated Asgard, but the war against darkness is far from over. He’s spent a year searching for Arthur, hell-bent on stopping the evil leader of Avalon and rescuing his friend Tommy from his clutches. Nate’s investigation brings him to Washington, DC, where he finds the city under siege. Just when all hope seems lost, Layla Cassidy and her team arrive to join the fight, but Avalon’s deadly plan to conquer the earth realm is underway.

Meanwhile, Mordred is on a quest to find allies in the upcoming war against Avalon, hoping to find Arthur and stop him before it’s too late.

As the rebellion forces close in on Arthur, each of them know this could be their last fight. But with Arthur massing an unstoppable army of his own, will Nate’s fury be enough to defeat him once and for all?

What listeners say about Horsemen's War