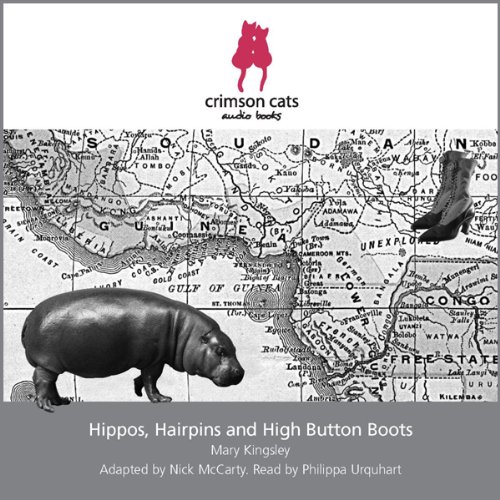 By: Mary Kingsley,Nick McCarty
Narrated by: Philippa Urquhart
Try for $0.00

Based on "Travels in West Africa" by Mary Kingsley, this is the account of a Victorian lady's journeys up the rivers of West Africa in the 1890s. AUTHOR: Mary Kingsley was born in 1862. She was trapped by the conventions of her time until her parents died but then, with an income of £500, she was free to travel and in 1893 went to Africa. Travelling alone in small steamers and native canoes, which she learned to handle, she went deep into the jungle, learning about the spiritual lives of the African tribes and collecting specimens of fish for the British Museum. Her books were popular, funny and contentious and her views on missionaries were trenchant. After publishing her first book Mary Kingsley returned to West Africa. During the Boer War she worked in the military hospitals in South Africa where she died of typhus.

ADAPTER: Nick McCarty has been a professional writer for forty years and has written for television shows such as Bergerac, The Onedin Line, The Six Wives of Henry VIII, Z-Cars and General Hospital. He has also scripted award-winning radio drama adaptations including A Tale of Two Cities, Dan Dare, Hard Times, Dr. Jekyll and Mr. Hyde and Dracula as well as many original plays for both the BBC and Commercial Radio.

READER: Philippa Urquhart has been a member of The Royal Shakespeare Company and the National Theatre. She has worked extensively in Repertory Theatres across England and Scotland, and has appeared in London's West End. Her many TV credits include Lillian Cartland in Tenko, and Miss Briggs in Vanity Fair, for the BBC. Films include Laughter In The Dark and Children Of Men. Her one woman show The Turn Of The Screw, adapted from the famous ghost story by Henry James, continues to tour successfully across the UK and worldwide.

MUSIC: The drums are played by children from the Kakua Primary School, Sierra Leone.

"You long to turn the clock back and see Africa as she did, unspoilt. A small but perfectly formed audio that badly needs a sequel." (Sue Arnold, The Guardian)

What listeners say about Hippos, Hairpins and High Button Boots

A most enjoyable trek with a very real, and very wonderful woman living life to the fullest, and very much outside the boundaries of her time and gender. Truly inspiring, absolutely hilarious.
The narrator brought Ms. Kingsley's story to life perfectly, and was very good company along the way.