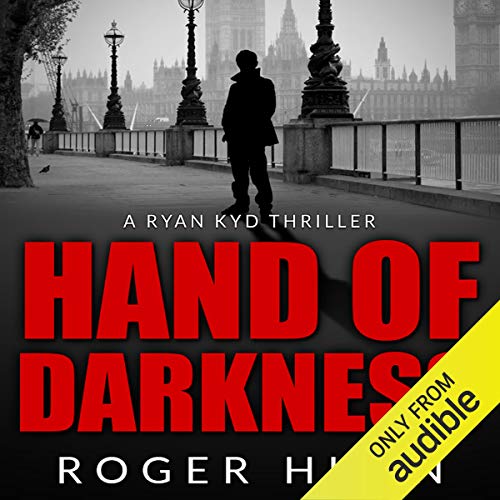 The Church of the Dark Light commands its followers to 'embrace the darkness' inside themselves. But after a beautiful young girl joins the cult, she mysteriously vanishes.

Her elder sister turns to private investigator Ryan Kyd to find out what happened to her. Ryan suspects the church is a scam and holds little hope of his client's sister returning. So he gives the job to his assistant - the feisty and street sharp Carly.

But before long he is drawn into the cult’s world of beautiful people, high rollers, bent cops, Russian fixers, stolen guns and a politician with a sinister secret. The action switches from the subterranean depths of the Church’s headquarters to a shoot-out in the City of London. And as he digs deeper, Ryan discovers the 'Hand of Darkness' can reach everywhere...

Hand of Darkness is a follow-up to the best-selling Business Is Murder, featuring the private investigator Ryan Kyd.

Roger Hurn has had over 70 books published. In his spare time, Roger plays seven-a-side football and, to the horror of music lovers everywhere, guitar in a rock band.

"A gripping crime thriller set in the heart of modern London.” (Tom Kasey, author of Trade Off)
“An accomplished and entertaining slice of London noir.” (Robert Foster, author of The Lunar Code)

What listeners say about Hand of Darkness