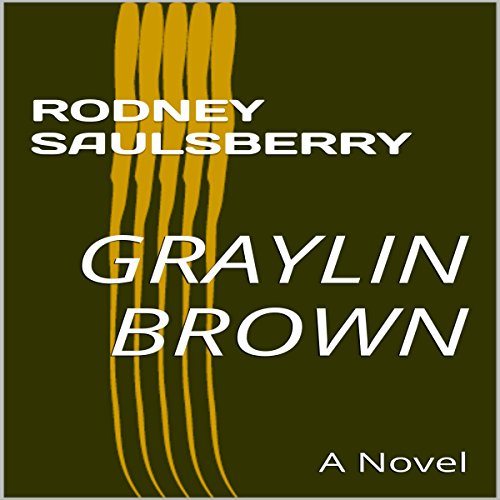 If you loved Detroit and the Motown sound, you will love Graylin Brown! A heartwarming and triumphant story of an African American soul singer who was cut down in his prime by a debilitating disease. The fictional story spans from 1965 Detroit, Michigan to Hollywood, California in the early 90s. After the onset of the disease in 1965, he went into a nine-year remission. He did the best he could as he struggled with the possibility of a relapse. Along the way he nurtured his oldest son, who at an early age showed an inherited musical talent. Follow the journey as a father passes the family musical torch to his son.
©2016 Rodney Saulsberry (P)2017 Rodney Saulsberry

It contains a good mix of suspense, family issues & humor.

I enjoyed reading each chapter...wondering what would happen next!
Graylin Brown engages the reader, is easy to read, thought provoking...
and at the same time relaxing. Listen and enjoy.

A novel that reads as true as true could be.. Great life lessons and surprises along the way.

A charming story that was not all that I expected it to be. This was a lovely story of how even if life doesn't go the way you hope it to go, it can still be pretty sweet. The narrator's excellent character voices really bring this tale to life and add a lot of warmth and depth. I imagine in particular if you were around in the times this book is set in, you will absolutely love it.