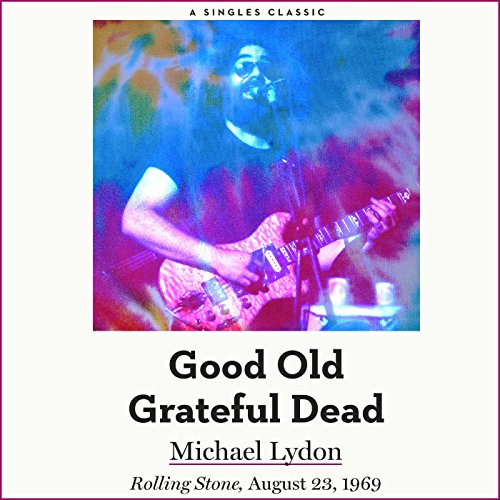 Suddenly the music is not notes or a tune, but what those seven people are exactly: the music is an aural holograph of the Grateful Dead. All their fibers, nuances, histories, desires, beings are clear. Jerry and his questing, Phil the loyal comrade, Tom drifting beside them both on a cloud, Pig staying stubbornly down to earth; Mickey working out furious complexities trying to understand how Bill is so simple, and Bob succumbing inevitably to Jerry and Phil and joining them. And that is just the beginning, because at each note, at each phrase the balances change, each testing, feeding, mocking, and finally driving each other on, further and further on.

In Good Old Grateful Dead, Michael Lydon follows the band in its attempt to continue to foster the communal, collaborative spirit that brought it to fame while resisting fame's price: the conforming pressures of what Lydon calls "the rock n' roll machine".

I wish I could have heard them play. The reader brings this article 2 life.

Don't Waste Your Time with This

This is just a late 1960s Rolling Stone article, read in it's dull and self-important entirety. I would suggest that you just pass on by as far as this audiobook is concerned.