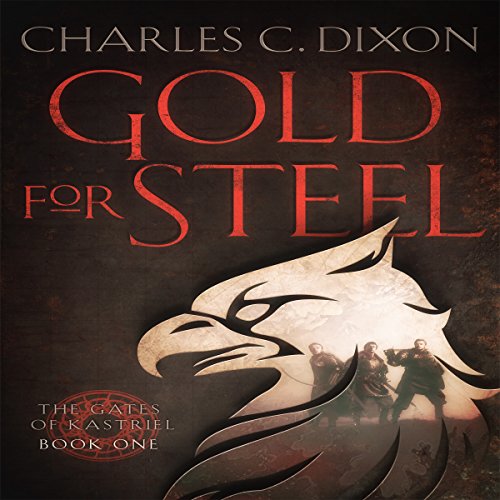 By: Charles Dixon
Narrated by: Tim McKiernan
Try for $0.00

After a major victory in battle, Dalvin, Marco, and Oremund are becoming local legends. With the growth of their names comes a deadly contract with an equally impressive bounty. Though the job seems impossible, the reward for success is too great to turn down. Upon accepting the contract, the trio of sellswords find their loyalty and trust to one another tested and in some ways irreparable.

Meanwhile, Iman, a foreign priestess, is trying to keep herself and her companions safe as they are hunted by a deadly assassin. After crossing paths with the sellswords, she finds herself in desperate need of their help. The secret she and her companions carry may determine the fate for all of the realms. Hunted by a vicious orc, the priestess is unsure how many times she will be able to escape death's grasp. A lost treasure is set to alter the direction of humanity, and she is forced to protect it.

What listeners say about Gold for Steel