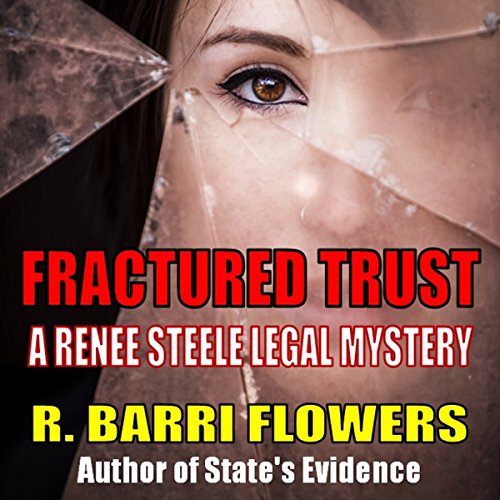 It is 1982, and assistant prosecuting attorney Renee Steele works for the Sex Crimes Unit of the Akers County Prosecuting Attorney's Office in Sparrow's Crossing, Michigan. In her latest case, Renee prosecutes wealthy businessman Kurt Bochner, who is accused of raping a young woman during a date. Alice Prescott, a cocktail waitress and aspiring model, claims the former local college star quarterback date raped her. The case hits close to home for Renee, who was the victim of date rape 13 years earlier while in law school. She never pressed charges against her assailant, but the crime has affected both her professional and personal life. She is currently dating corporate attorney Lawrence Quinn, but finds herself attracted to Sparrow's Crossing police detective Paul Kelly, an investigator for her current rape case. Renee is thrown for a loop when Paul's separate investigation into an international escort service operation yields unexpected results that lead to a shocking betrayal. In the meantime, she is pitted in court against a formidable opponent, defense attorney Deana Krane, who has never lost a case and is determined to win an acquittal for her client Kurt Bochner.

In Fractured Trust, date rape and prostitution are put under the microscope. The results are anything but certain, and there is a stunning climax.

This is one of the thriller that I can't pause . I have to listen up to the end to know the result. Very good story and the narrator did a good job.

I like the lead, Renee Steele, the damaged attorney who works for the Sex Crimes Unit as she filters her actions through her personal rape experience. I also liked her adversary in the courtroom, Deanna Krane, because she was especially formidable.

Which character – as performed by Carmen Beaubeaux – was your favorite?

I love courtroom dramas and this book is filled with it! This interesting story explains - in a detailed and entertaining way - how sex crimes - particularly date rape and prostitution - are handled in the legal system from investigation to conviction.

I was intrigued with the courtroom scene where a woman was on trial for raping a man. I don't hear about or read about that crime often.

The narrator, Carmen Beaubeaux, has a pleasant voice and handled the story and characters very well.

If you could sum up Fractured Trust in three words, what would they be?

I liked the story

If you could sum up Fractured Trust in three words, what would they be?

This book had a solid plot.

What aspect of Carmen Beaubeaux’s performance would you have changed?

The narrator and I did not click. I could not seem to get into her rhythm. To many pauses and voice infliction changes kept me a little confused, On a positive note, Ms. Beaubeaux has good crisp enunciation asking her easy to understand.

I would have preferred this book in printed form.

What was most disappointing about R. Barri Flowers’s story?

Can't really comment on the story ..... couldn't stand the narration to find out.

Would you be willing to try another one of Carmen Beaubeaux’s performances?