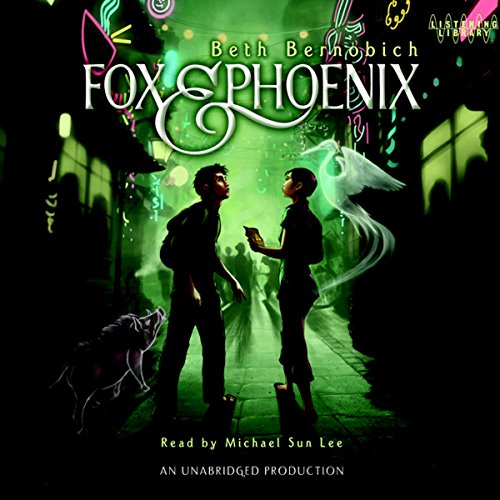 By: Beth Bernobich
Narrated by: Michael Sun Lee
Try for $0.00

The king of Lóng City is dying. For Kai Zou, the news means more than it does for most former street rats in the small mountain stronghold, because he and the king’s daughter are close friends. Then the majestic ruler of the ghost dragons orders Kai to travel across the country to the Phoenix Empire, where the princess is learning statecraft. Kai and his best friend Yún must endure a grueling trek, placate a persnickety griffin, and navigate layers of danger and court intrigue to help the princess escape and return to Lóng City.

A refreshing mixture of magic, wit, and action, Fox and Phoenix is an auspicious YA debut.

"One cool, lively, exciting book set in a unique new world I loved it!” (Tamora Pierce)

What listeners say about Fox and Phoenix

I can't tell you what culture inspired this fantasy, (Vietnamese,Chinese?). The real joy of this book is that it is from the opposite side of the world from western traditions, making for a refreshing new slant on magic.

Every person has an animal spirit that shows up in their childhood, sort of like The Golden Compass. But the resemblance to that book ends there. (If you read Golden Compass after watching the movie, you will be very sad. The movie ended before the horrible ending inflicted by the author.)

Kai Zou's animal spirit is a pig, a smelly pig with a smart mouth. He is usually right, which annoys Kai Zou no end. There are lots of other spirit animals, a (dead) stone griffin, and there are dragons - ghost dragons, of the occidental type.

Kai Zou is a street lord, with a small gang of friends, each of whom have strengths and weaknesses. Kai Zou's mother owns a magic shop and teaches magic; Kai Zou has to help out, creating conflicts between his street life and home life.

In the previous book, Kai Zou gave the Princess her impossible wish. This book is the fall out from that wish. This book stands on it's own but it would be nice if the prequel was read by this same reader. I give the reader high marks for the accent, as well as the reading, which contributes to the Far East atmosphere.

And the food they eat sounds great. Wish the restaurants were in Tucson.

This book is on my list of best of 2012 (that's when I found it) along with "The Wizard of Dark Street", and all time favorite "Fly by Night".