Literature & Fiction | Science Fiction & Fantasy | Teen
Terry Pratchett sold his first story when he was fifteen, which earned him enough money to buy a second-hand typewriter. His first novel, a humorous fantasy entitled The Carpet People, appeared in 1971 from the publisher Colin Smythe. Terry worked for many years as a journalist and press officer, writing in his spare time and publishing a number of novels, including his first Discworld novel, The Color of Magic, in 1983. In 1987 he turned to writing full time, and has not looked back since. To date there are a total of 36 books in the Discworld series, of which four (so far) are written for children. The first of these children's books, The Amazing Maurice and His Educated Rodents, won the Carnegie Medal. A non-Discworld book, Good Omens, his 1990 collaboration with Neil Gaiman, has been a longtime bestseller, and was reissued in hardcover by William Morrow in early 2006 (it is also available as a mass market paperback (Harper Torch, 2006) and trade paperback (Harper Paperbacks, 2006). Terry's latest book, Nation, a non-Discworld standalone YA novel was published in October of 2008 and was an instant New York Times and London Times bestseller. Regarded as one of the most significant contemporary English-language satirists, Pratchett has won numerous literary awards, was named an Officer of the British Empire “for services to literature” in 1998, and has received four honorary doctorates from the Universities of Warwick, Portsmouth, Bath, and Bristol. His acclaimed novels have sold more than 55 million copies (give or take a few million) and have been translated into 36 languages. Terry Pratchett lived in England with his family, and spent too much time at his word processor.  Some of Terry's accolades include: The Carnegie Medal, Locus Awards, the Mythopoetic Award, ALA Notable Books for Children, ALA Best Books for Young Adults, Book Sense 76 Pick, Prometheus Award and the British Fantasy Award.
Read more Read less

A Quote by Terry Pratchett

Why do you go away? So that you can come back. So that you can see the place you came from with new eyes and extra colors. And the people there see you differently, too. Coming back to where you started is not the same as never leaving. 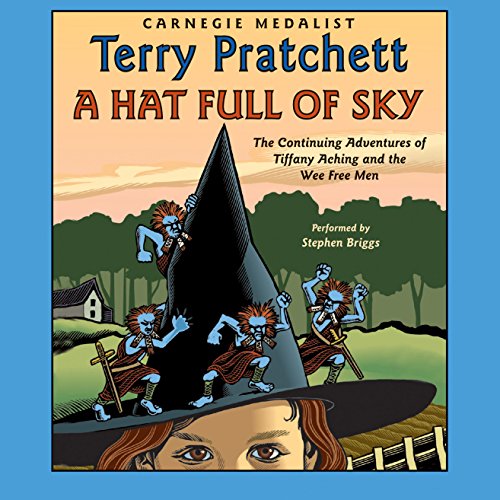 
As the author of more than 50 best-selling titles, Sir Terry Pratchett is still influencing the hearts and minds of children and adults alike, even after his passing in 2015. Marked by his ability to make the mundane extraordinary and build continually unfolding fantasy worlds, Pratchett’s hilarious novels are deservedly beloved. Dive into the quotes below to experience Pratchett’s singularly affecting blend of humor, magic, and heart.

Help us improve our Author Pages by updating your bibliography and submitting a new or current image and biography.
Visit Amazon Author Central
<div class="bc-section ui-it-f