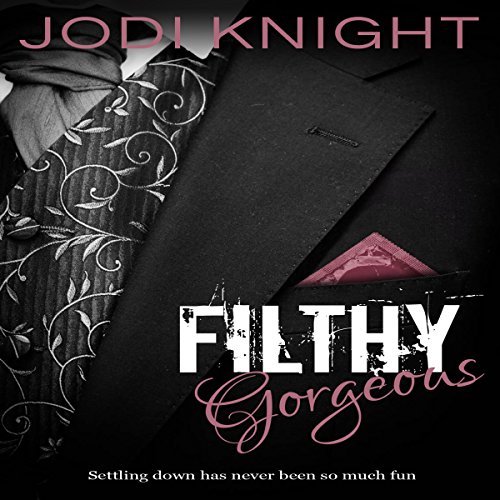 In the 21st century it is a truth universally acknowledged that the last thing a single man in possession of a good fortune wants is a wife who will inevitably bleed him dry when she divorces him for serial adultery.

Meet advertising mogul Alexander Slade: he's successful, handsome, sexy, smart, and doesn't do monogamy. Why settle for one woman when you can have a harem?

Alexander's playboy lifestyle is sailing close to perfection and he couldn't be happier... that is, until his wealthy father issues him a nightmare ultimatum. Concerned that his son's outrageous antics are ruining the company's reputation, he tells Alexander he must find a fiancée by his 30th birthday or forfeit his inheritance.

Enter Ella Bryant: a beautiful journalist who is looking to get the scoop on our handsome hero. With less than two months to go until the dreaded milestone, is she the one who will save the day?

Filthy Gorgeous is a silly romantic comedy told through the eyes of a self-proclaimed, modern day Mr. Darcy.

What listeners say about Filthy Gorgeous

It started soooo good and then soooo cheesey

Alexander S. Slade (A.S.S.) has been known as God by his "Sladies" women. He was one of the richest, eligible bachelors in New York, always making tabloids with different women. He's given an ultimatum by daddy to settle down before turning 30 in a few months. His friends take out an advert looking for Ms. Right as a joke, and then he meets "her" (Ella). At first the book was humorous and reminded me of Tangled, which would have been great if SY was narrating. However, after Slade became "fixed" on getting Ella, he became such a lame, puppy dog. It was hard to finish and admit I fell asleep a few times listening at night. I wished for more of the alpha story rather than puppy dog. Narrator was okay. Regretting my credit.