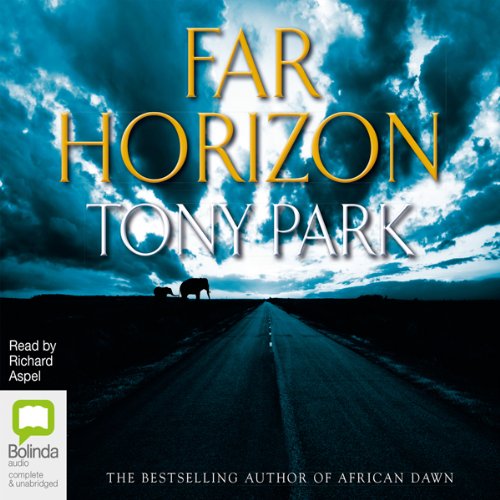 Former Australian Army officer Mike Williams is trying to forget a troubled past - with a carefree existence as an overland tour guide in Africa. But then one day on the road, he receives word that the South African Police have some news for him.

A bloody and tragic run-in with ivory hunters in Mozambique the year before had left Mike's world in shreds. But now the authorities are on the poachers' trail and they need his help to catch them.

Tenacious English journalist Sarah Thatcher is along for the ride, and insists on becoming involved. Mike must choose between his duty to keep the young tourists in his care safe and his hunger for retribution. Sarah will risk anything and anyone for a story, but never could have predicted the trouble she would find herself in.

The murderous hunters and the innocent travellers are on a parallel journey through Africa's most spectacular locations. Eventually their paths will cross and Mike will have his shot at revenge. But at what cost?

Park's description of the South African landscape is sharp and sensory ... As much as Far Horizon is an action-drivel popular novel of adventure and pursuit, it is also a love story.' ( West Australian)
'An enthralling page-turner ... [Tony Park] clearly has an extensive knowledge of Africa.' ( Who Weekly)

What listeners say about Far Horizon

What made the experience of listening to Far Horizon the most enjoyable?

the story is kind of predictable, but has been written well and read superbly. A good book overall.

A really good read spoiled by a dreadful performance. You would think a reader would take the trouble to research and speak Southern African words correctly.

Being from South Africa one cannot resist shouting corrections regarding the diabolical pronunciation of some words, names and places.
That's all that spoils this good read from a knowledgeable and fantastic author...

I wish they would not use a narrator that can pronounce simple Southern African words. I winced and shouted out the correct pronunciation to myself every time...It does spoil the book unfortunately...

enjoyed book tremendously.
narrator needs to brush up on his south African pronunciations.
great stuff.
will recommend to friends, and will also buy the rest of the series.