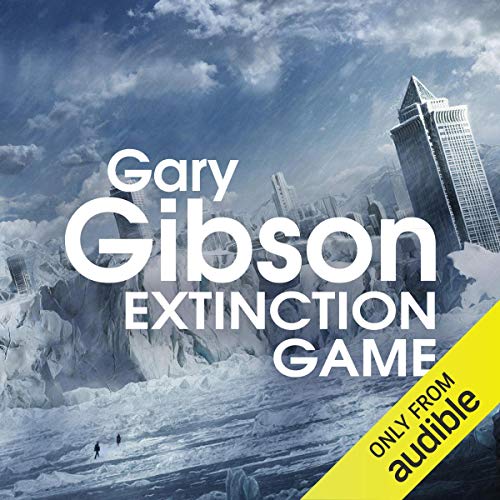 By: Gary Gibson
Narrated by: Gavin Osborn
Try for $0.00

When your life is based on lies, how do you hunt down the truth? Jerry Beche should be dead. Instead he's rescued from a desolate Earth where he's the last man alive. He's then trained for the toughest conditions imaginable and placed with a crack team of specialists on an isolated island. Every one of them is a survivor, as each withstood the violent ending of their own alternate Earth. And their new specialism? To retrieve weapons and data in missions to other apocalyptic versions of our world.

But what is 'the Authority', the shadowy organization that rescued Beche and his fellow survivors? How does it access timelines to find other Earths? And why does it need these instruments of death?

As Jerry struggles to obey his new masters, he begins to distrust his new companions. A strange bunch, their motivations are less than clear, and accidents start plaguing their missions. Jerry suspects the Authority is feeding them lies, and team members are spying on him. As a dangerous situation spirals into catastrophe, is there anybody he can trust?

Prior to becoming a professional writer, Gary Gibson worked for an environmental agency but left shortly after other members of staff attempted to levitate a local bridge as a protest against road traffic. Following this, he worked as a graphic designer for a printing firm that turned out to be run by a gang of convicted forgers, hastening his departure, and then for a small publishing company otherwise notable only for producing a Freddie Mercury impersonator well-known on the Scottish cabaret circuit.

Until recently he resided in Taipei with his wife and is pleased to say that the only lunatic he has to answer to these days is himself. He has a blog at www.garygibson.net.

What listeners say about Extinction Game

Meh. A Gibson fan let down

Would you listen to Extinction Game again? Why?

Nope. I did not like the narrator, he made the intolerable naive and whiny main character seem even more so. But this wasn't my primary concern, this was that the main character was as above. I wouldn't read this story again either, mostly due to it being predictable. There was a lot of scope to do something fun with the story, but alas, the ending and main events could be seen a mile off and other aspects, which were interesting we glossed over and barely touched upon. In summary, a book of bleating on and asking inane questions when everyone clocked the answer some time ago.

Would you listen to another book narrated by Gavin Osbourne?

Yes, I don't think it was necessarily Gavin's fault the main character was so unlikable, he really didn't have much to work with.

Insomnia? Got you covered!

Don't be put off Gibson by this, the Shoal Sequence is amazing and I'm going to give Final Days/Thousand Emperors a go too.

i really enjoyed this story. it's written in first person, and it works well. fifteen.

this is the best of Gary Gibson and an great story which never gets dull.

What made the experience of listening to Extinction Game the most enjoyable?

I am looking forward to the next book in the series as I did enjoy it. It is very polished British style of post apocalypse writing that give the book an edge. If you want a book that is not just about zombie bashing then this book is for you.

A beginning, middle and satisfying end.

What made the experience of listening to Extinction Game the most enjoyable?

The narrator was excellent! He really brought it to life. It was a 'proper' story with a beginning, middle and end. There were clues along the way but it was revealed bit by bit and at the end of the book all your questions are answered, No airy fairy open endedness.

The characters were portrayed really well, you understood who was doing what and why. The whole book hangs together and comes to a satisfying conclusion.

What does Gavin Osbourne bring to the story that you wouldn’t experience if you had only read the book?

Gavin has great diction and he has a superb grasp of dialect. You knew who was saying what by his accents and dialects. He is a top narrator. No. narrator sounds like someone relaying information, he was doing so much more, he was story-telling and had me by the ear-holes.

With an infinity of Earths, just how many ways can we wipe ourselves out?