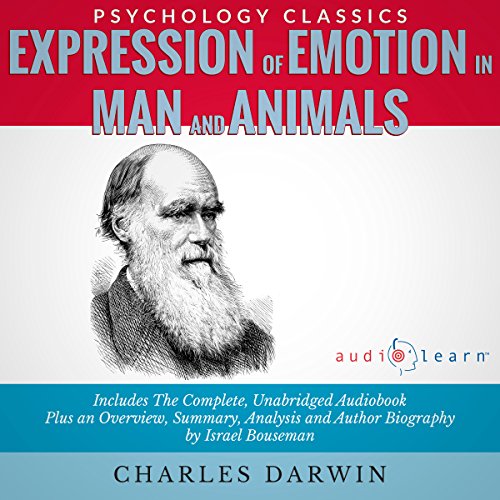 Expression of Emotion in Man and Animals

By: Charles Darwin,Israel Bouseman
Narrated by: Rupert Bush
Try for $0.00

The name of Charles Darwin is known to nearly all who have had the benefit of a Western-style education. It is synonymous with the theory of evolution and due to his perspective of man as an animal, his worked ushered in a new paradigm of understanding of the physical and mental behavior of man. However, because of the immense impact of his best known theory, most know only of his work through reviews and historical reports. He was, in fact, a born naturalist and gifted observer and utilized his talents not only in the recognition of the differences between species, but also in a keen and careful observation of human behavior. This work is a compilation of the observations he made of the expression of emotion. Darwin was meticulous and careful in his study, comparing the expressions of man with those of other animals, and cross-referencing expressions from many different races and cultural backgrounds. To date, this work stands as one of the most complete and careful examinations of the physical expression of emotion, alongside considerations of their causes and origins, and associations of particular mental states with their specific means of physical expression.

The full narration of this text is preceded by a summary which highlights the main points of the text and which includes a biography of the author, an overview, and an analysis of the work. Also included are brief explorations of the historical context, social impacts, and criticism of Darwin and his findings.

This is a must-hear for anyone with interest in the universal expressions associated with emotion.

What listeners say about Expression of Emotion in Man and Animals