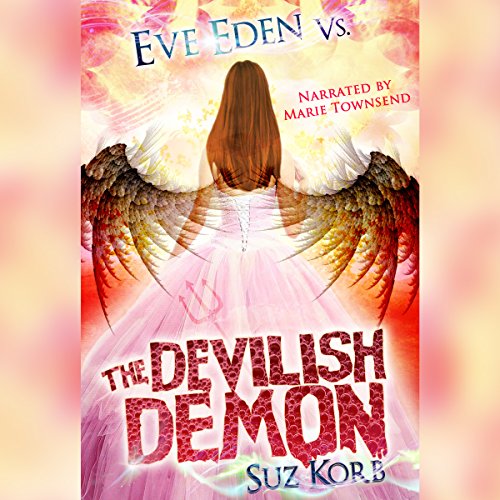 By: Suz Korb
Narrated by: Marie Townsend
Free with a 30-day trial

Nathan Kane is back in Eve Eden’s life whether she wants him to be or not. Actually, as time goes on, she finds his company isn’t too horrific to bear, just so long as he keeps his fangs to himself.

As for time going on, it’s doing more than just moving forward. Eve might have thought she had it bad getting transported from her hometown to an English castle dungeon all the time, but that’s nothing in comparison to the way she feels about time travel. It does a number on her psyche for sure.

The devilish demon will stop at nothing to get what she wants from Twin Forest, and Eve Eden will not be stopped, equally as vehemently, in fighting against the evil woman from hell. Besides, evil might not be too difficult to defeat now that Thunderbug’s farts are no longer just stinky - they’re positively explosive with hellfire!

What listeners say about Eve Eden vs. the Devilish Demon: Bedeviled