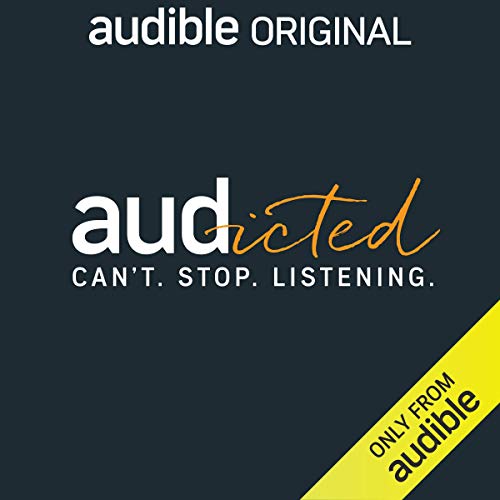 The start of each new year brings new plans, new goals, new hopes, and new dreams. In this episode of Audicted, our editors share what resolutions they are making for their listening lives for 2019.

To see more resolutions from the rest the team here at Audible, visit Audible.com/ListeningResolutions2019.

To read more of Producer Courtney’s interview with Jon Ronson about his new Audible Original The Last Days of August, visit Audible.com/JonRonsonInterview.

The books the editors discuss in this episode are:

The Rise and Fall of the Third Reich by William L. Shirer

A Little Life by Hanya Yanagihara

The Coming by Daniel Black

If They Come for Us by Fatimah Asghar

A Gentlemen's Guide to Vice and Virtue by Mackenzi Lee

The Ruin of Kings by Jenn Lyons

Diary of a Hounslow Girl by Ambreen Razia

Girls and Boys by Dennis Kelly

The Last Days of August by Jon Ronson

So You've Been Publicly Shamed by Jon Ronson

The Butterfly Effect by Jon Ronson

I'll Be Gone in the Dark by Michelle McNamara

Evil Has a Name by Paul Holes, Jim Clemente, and Peter McDonnell

The Library Book by Susan Orlean

A Hitchhiker's Guide to the Galaxy by Douglas Adams

The Eye of the World by Robert Jordan

On a Pale Horse by Piers Anthony

How Long 'Til Black Future Month by N. K. Jemisin

The First Conspiracy by Brad Meltzer and Josh Mensch

The Great Bridge by David McCullough

The Man on the Mountaintop by Susan Trott

The Spies that Bind by Ally Carter

You Know You Want This by Kristen Roupenian

The Hating Game by Sally Thorne

I just recently discovered this original and love 💕 the discussion and input! Of course, it added to my wishlist big time! Lol I actually was considering stopping audible but now that they have stepped up their game with all the originals with the “podcast” type listening on the subject of books and all the full cast books - audible simply cant be beat! So worth it. :)

Quick Listen on a Variety of Different Genres

I enjoyed listening to the various suggestions in genres I don't tend to listen to. There were definitely some suggestions that I'm adding to my own lists of TBLT!

A Return to the Norm

The new year provides the hosts with an opportunity to clean the slate somewhat. The majority of the titles covered are completely new, which I appreciated, as a number of prior episodes had repeat (and re-repeat) coverage of the same audiobooks. Including the resolutions of other editors was a nice addition. Though there are four people in the booth, there are times when I can't help but feel that the show suffers from a lack of perspectives. Acting as proxies for the rest of the editorial staff is an efficient way to fill the gap.

Additionally, the length of the show has been trimmed back to a more manageable listen. Thank you for that!

These are not professional voice actors (though one of them probably could be), so it is not likely that I will ever rate the performance much higher than this. That being said, there is clear evidence that the hosts and producers continue to push themselves to improve. Along the way, there has been opening music, closing music, and (often funny) intro vignettes added to the show. In this episode, there appears to be a concerted effort to introduce effective segues between host segments. Thank you for continuing to work to add polish to the production.

3 Women cackling around a microphone

It mas as annoying as fingernails on a chalkboard. I'm actually surprised Audible would release something this poor.