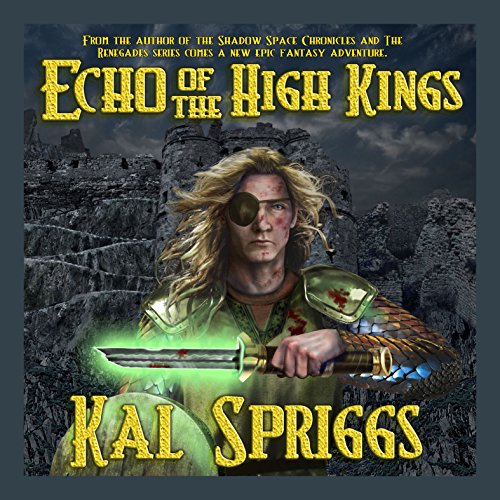 Echo of the High Kings

In Eoriel, the High Kings are legend: rulers who once stood against the darkness and ruled the world for two thousand turns of peace and prosperity. In the long turns since their fall during the Sundering, Eoriel's civilization has faded. Dark men and darker beings have torn down and destroyed the old works. While some have held out against the grind of history, other places have been reduced to primitive tribes of savages, worshiping dark spirits and demons as their gods. Yet, a spark of hope remains: some still believe in the old legends, some still fight to restore the old ways, and some will stand against the darkness, in an echo of the High Kings.

What listeners say about Echo of the High Kings

I had a hard time getting into this book for some reason, which i regret now that i'm finished with it. The book gets more intresting abit later on but the characters where very solid and likeable all the wway through. The only thing i have to complain about is that there are no more Audiobooks from this series out on audible yet, but that will hopefully change when more people have bought this one. Recommended!

This isn't a horrible book per say, but I just couldn't get into it. Without any spoilers, because it's mentioned from the start, this is an epic sword and sorcery fantasy, except it also has humanoid aliens in it that have lived on the planet for over a 1,000 years, which isn't mentioned in the Publishers Summary. Anyway back to my review, I would listen to this for a few hours and then start a different book and when I was finished with that book I would pick this one back up again and listen for a few hours, and start another new book, and you get the idea. I finished at least 4 books before I finally got through this one. The problem might have been with the narrator, more than the story, because the cadence of Eric Dave's narration tended to make me want to fall asleep, and what I really wanted was to listen to something more exciting that would keep me awake and embroiled in the story. I might give this one a second chance sometime, now that I know what to expect from the narrator, but I don't know. I suggest listening to the audio sample a couple times before spending your credit on this one.

What? This got published? Warning!

The first chapter is so full of novice level writing flaws that I am returning it. Was this self-published? This writer did not even correct Grammer or language errors in Chapter 1. This is a first draft quality manuscript at best. A bad first draft. Character name hell, Cliche after cliche, *sighs.* You have been warned. Sutek Press is the publisher. It actually reads, "Provider." The book is worth 0 stars, the narrator tried to do his best.