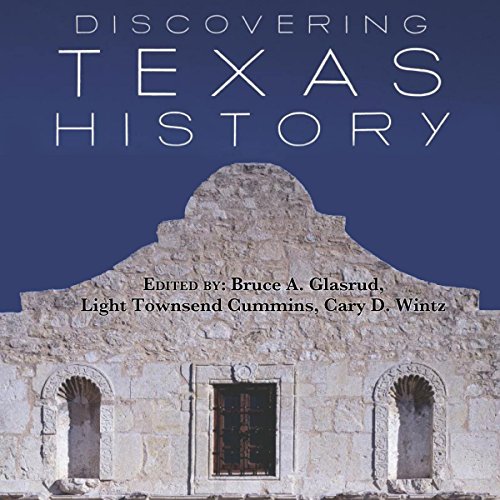 The most comprehensive and up-to-date guide to Texas historiography of the past quarter-century, this volume of original essays will be an invaluable resource and definitive reference for teachers, students, and researchers of Texas history. Discovering Texas History focuses on the major trends in the study of Texas history since 1990.

In two sections, arranged topically and chronologically, some of the most prominent authors in the field survey the major works and most significant interpretations in the historical literature. Topical essays take up historical themes ranging from Native Americans, Mexican Americans, African Americans, and women in Texas to European immigrant history; literature, the visual arts, and music in the state; and urban and military history. Chronological essays cover the full span of Texas historiography from the Spanish era through the Civil War, to the Progressive Era and World Wars I and II, and finally to the early 21st century. Together the essays gathered here will constitute the standard reference on Texas historiography for years to come, guiding listeners and researchers to future, ever deeper discoveries in the history of Texas.

"Broad in scope, yet succinct, Discovering Texas History is a thorough, informative, and readable guide to modern Texas history from several of the state's most gifted historians." (Paul Carlson author of West Texas: A History of the Giant Side of the State)
" Discovering Texas History gives us a comprehensive and insightful guide to the past quarter-century of writings on Texas history from the acknowledged authorities on the topic. Editors Bruce A. Glasrud, Light Townsend Cummins, and Cary D. Wintz are to be commended for their efforts." (T. Lindsay Baker, author of More Texas Stories I Like to Tell My Friends)