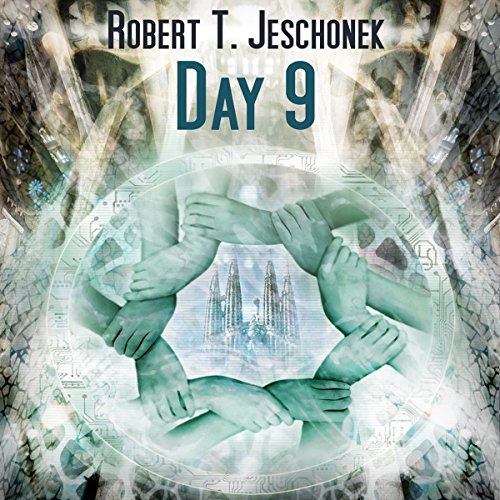 Somewhere in the world, a genius builds a machine to bring mankind closer to God. Somewhere in time, another genius builds a cathedral with a mind of its own. Somewhere on the road, three searchers race a serial killer to find the man with the key to salvation. It takes the sound and fury of Day Nine to bring them all together. If God took six days to make the world and rested on Day Seven, humanity has spent Day Eight tearing it all apart. Everything changes on Day Nine, when we get it right at any cost…or lose everything.

On Day Nine, a God's-eye view of the world collides with the visions of a living, breathing cathedral in a war between the delusions of yesterday and the dreams of tomorrow. A war between beauty and mediocrity…love and hate…madness and sanity…life and death. If the unlikely heroes in the heart of the storm can't face down their own demons, the deepest secrets of maniacs and murderers could bring the hope of the future crashing down forever.