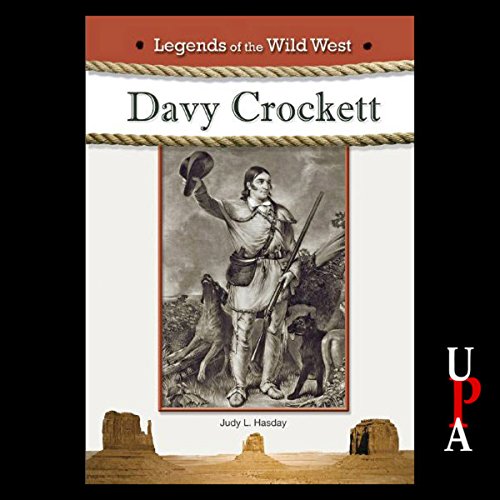 A hunter, woodsman, and frontiersman who was an excellent shot with a rifle, Davy Crockett became a well-known legend after his death at the siege of the Alamo in San Antonio, Texas. Although he is remembered as an American pioneer, he also forged a career as a politician, serving as a Tennessee state legislator and later as a U.S. Congressman. Crockett had a remarkable life, from running away from home when he was 13 to holding political office with virtually no formal education. The desire for more land led Crockett to journey to Texas, where he joined the volunteer army to offer allegiance to the formation of a free Texas. At the Battle of the Alamo, Mexican General Santa Anna wanted to make an example of those involved in the rebellion; his "take no prisoners" order resulted in Crockett's execution. In Davy Crockett, read about a man whose life became a symbol of America's pioneering spirit. The book is published by Chelsea House Publishers, a leading publisher of educational material.

What listeners say about Davy Crockett