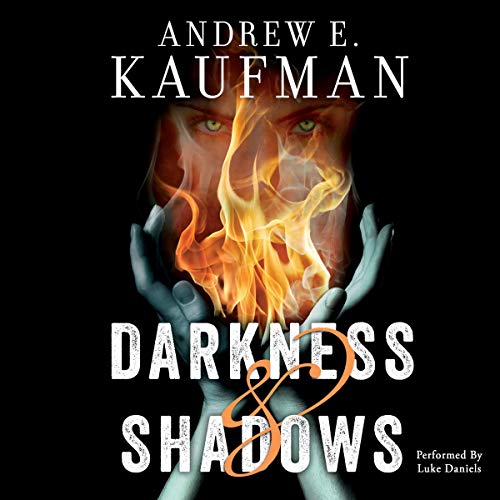 By: Andrew E. Kaufman
Narrated by: Luke Daniels
Try for $0.00

The only woman Patrick Bannister ever loved has died...again.

Struggling professionally and reeling from the psychological wounds left by a horribly abusive mother, Patrick is driven over the edge by a news report. A wealthy socialite couple has been murdered, and while the wife’s name isn’t familiar, her face certainly is. It’s his first and only love, Marybeth, the woman who he lost to a horrific fire years ago.

Is he losing his mind?

Patrick’s obsession to find the truth sends him scouring records and documents that lead him to a shocking discovery: There’s no evidence Marybeth ever lived or, for that matter, ever died. Was the love of Patrick’s life just a product of his abused psyche?

The truth may kill him.

His quest for answers takes him on a twisted mental odyssey that forces him to question his own reality. He might not be able to trust his memories and perceptions of the past, but the answers may still lie in the darkest recesses of his mind.

But Patrick will soon find out that by stoking the flames from that long ago fire, he’s blazing a path straight into danger. And this time, not only is he about to get burned - he could also end up losing his life.

What listeners say about Darkness & Shadows

Darkness and Shadows continues the story of Patrick Bannister, who was first introduced in The Lion, The Lamb and The Hunted, and immediately I was drawn back into Patrick’s world and into an absorbing and gripping suspense thriller.
Patrick is still suffering from his abusive past and the loss of his first love and, after seeing a news report of a missing couple, is thrown into a state of confusion and torment. Nothing is as it seems and as Patrick finds out more and more his life is turned upside down and he has to find out the truth whatever it takes. There are some really good plot twists along the way
The conversations between Patrick and his therapist are heartrending and superbly written and I love the interaction between Patrick and Tristan, she's a great character and under the rough and hostile exterior lies a heart of gold.
There is so much emotion throughout the story and Luke Daniels’ narration captures it perfectly, adding impact and feeling.

Darkness & Shadows picks up where The Lion, The Lamb, The Hunted, the first novel in the Patrick Bannister series, finishes. The new characters in this novel are colorful, vivid and interesting. First is Patrick's psychologist who is trying to help him deal with his damages from his kidnapping as a very young child and being raise by an abusive woman who literally hated him; she offers Patrick sound advice and helps keep him (partially) grounded. Then there is Tristan who is an accomplished thief with a kind heart; Tristan saves Patrick's life and becomes his companion in his search. Darkness & Shadows has too many unexpected twists; as a result one wonders if there is any reality. But the twists and the suspense do make for an interesting and wild ride. Narration by Luke Daniels could not possibly be better.

Good book . Worth a read and ior a listen. Five more words? Really ?

The story itself had potential, but seriously, the women in this book had more backbone and character than Patrick did.

I'm sorry but I am done with this author and this series if anymore books come out.

As for the narration, it was fine, Luke Daniels cried and whined for Patrick's character on queue as the author wrote it.

I enjoyed the characters in this sequel but I liked the first book a little more. The story was good but took a little while to get kick started and the main character was a just a bit too erratic and unstable in the beginning. It was hard to sympathize with him until he started to help himself. Again, good writing where the author let us guess at what was going on and then gave it a good twist in the very end.

Be Careful What You're Looking For...

What made the experience of listening to Darkness & Shadows the most enjoyable?

What was one of the most memorable moments of Darkness & Shadows?

Coming in and not knowing if "Bullet" was alright.

When Tristan and Patrick acknowledge their feelings for each other in their own way.

Too long, Bullet held it together. (Oh, and so did the narrator, he was great!) I've read 3 of his books I'm on the 4th now.

I've been following these books and this writer and have enjoyed each story. This one really caught me off guard. I did not anticipate the ending.

patrick Bannister is a hit

i love the characters and the struggle to grow thru your pain. i hope there is another book about him

Couldn't put it down!! Another twist at the end that I didn't predict. My favorite type of writer!