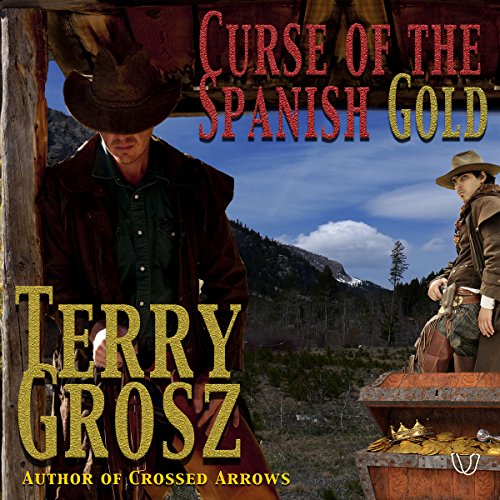 Curse of the Spanish Gold

By: Terry Grosz
Narrated by: Clay Lomakayu
Try for $0.00

In 1829, Jacob and Martin left Kentucky to become mountain men, trappers of the Rocky Mountains. The rugged mountains that lay beyond America’s frontier remained mostly unexplored. In those days, when beaver were plentiful and buffalo roamed freely, the killing was good.

The two young men would also find that life would be hardscrabble in the high frontier. They would face grizzly bears and hostile Indians. And they would risk horse wrecks and mountain storms to trade their furs each year at the rendezvous. Curse of the Spanish Gold is the story of two adventurers who lived hard in the earliest days of the Wild West.

What listeners say about Curse of the Spanish Gold

this was a good book but I found my self a board with it compared to the first book.

This Book and Crossed Arrow the the 1st edition are by far my favorite books. I have listened to them several times. I hoping there will be a third book!