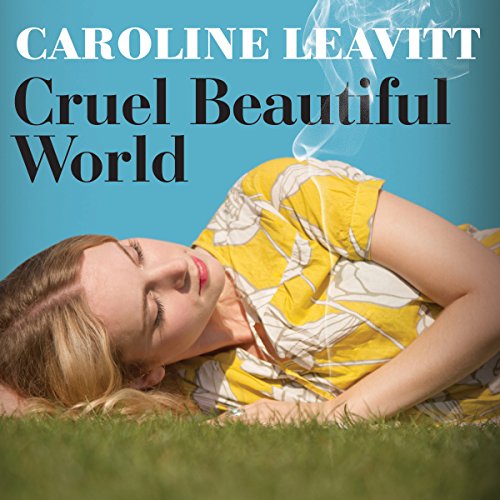 By: Caroline Leavitt
Narrated by: Xe Sands
Try for $0.00

Caroline Leavitt is at her mesmerizing best in this haunting, nuanced portrait of love, sisters, and the impossible legacy of family.

It's 1969, and 16-year-old Lucy is about to run away with a much older man to live off the grid in rural Pennsylvania, a rash act that will have vicious repercussions for both her and her older sister, Charlotte. As Lucy's default caretaker for most of their lives, Charlotte's youth has been marked by the burden of responsibility, but never more so than when Lucy's dream of a rural paradise turns into a nightmare.

Cruel Beautiful World examines the intricate, infinitesimal distance between seduction and love, loyalty and duty, and explores what happens when you're responsible for things you cannot make right.

I was hooked from the first chapter. Surprised in places. Thanks to the wonderful narration, I felt like I was in the story. Definitely recommend.

I love it when I find a book that I want to listen to every chance I get. I don’t find them often, but this was one. I actually found the narration mesmerizing and thought the performance set the tone of the story.

The story was interesting but the narrator's cadence is reminiscent of a 1940's Micky Spillane movie. Very inappropriate to the story and very disturbing.

What disappointed you about Cruel Beautiful World?

This book came recommended from NPR's book section, which was why I was interested in listening to it. This story is set in the late 1960s, but several day to day details in the characters' stories do not fit with the time period. For example, one character uses a credit card at a gas station in 1969! while other character's backstories include cultural references that would not have happened during the period of the flashback. The references to events of the time period are cliche (hippies, Manson murders, Vietnam War protests) and do not lend any credibility to the story.

It is a shame, because the writing is compelling and the story is very good at times, but these inconsistencies to the time period cause the listener/reader to pull back from the story instead of being immersed in it. I found myself wondering several times while I was listening to the story whether something could have happened in real life the way the author wrote the scene, and it broke my engagement with the book at many points.

For a seasoned author of several books, it seems like a rookie mistake for Leavitt to not effectively research the time period she is writing in, especially one as iconic as the 1960s. Being that the time period itself did not really affect the outcome of the story, I think this author could have solved all her anachronistic problems by setting her book in the 1980s.

Xe Sands has a nice narration voice, but her character voices are cliche and one-dimensional. All of the men have the same gravelly drone, the older woman in the story sounds like a hag in a fairy tale, and the two young girls voices sound like 11 year olds chewing their hair. I think she could have added more variety to her performance.

What character would you cut from Cruel Beautiful World?

I think the character of Patrick was a waste of space, and his storyline did not fit with the rest of the book. William's story should have been fleshed out more, because his motivations were never really explained.

The actual story is very sad, and Leavitt does a good job conveying the pain and suffering of the characters during the course of the book.

Could not finish listening - narration not for me

I rarely stop a book before I finish, but I found myself dreading this one, and I realized it was the narration. The narrator sounds uncertain and tentative, all the characters speak in the same way (not surprisingly, tentative and uncertain!) The way she modulates her voice caused a lot of volume issues for me, too -- the lack of emphasis on certain words made their volume fall way below the others, and I was constantly trying to figure out what had been said.

I can't say a lot about the story. It might have been glorious, but the narration was so distracting I couldn't really get into it at all.