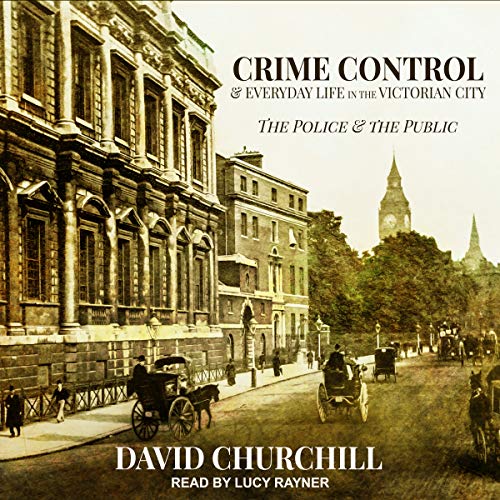 Crime Control and Everyday Life in the Victorian City

By: David Churchill
Narrated by: Lucy Rayner
Try for $0.00

The history of modern crime control is usually presented as a narrative of how the state wrested control over the governance of crime from the civilian public. Most accounts trace the decline of a participatory, discretionary culture of crime control in the early modern era and its replacement by a centralized, bureaucratic system of responding to offenses. The formation of the "new" professional police forces in the 19th century is central to this narrative: Henceforth, it is claimed, the priorities of criminal justice were to be set by the state, as ordinary people lost what authority they had once exercised over dealing with offenders.

This audiobook challenges this established view and presents a fundamental reinterpretation of changes to crime control in the age of the new police. It breaks new ground by providing a highly detailed, empirical analysis of everyday crime control in Victorian provincial cities - revealing the tremendous activity that ordinary people displayed in responding to crime - alongside a rich survey of police organization and policing in practice.

Exquisitely boring. Chapeau to the writer for making such fascinating subject matter so mind-numbing. It’s so relentlessly dull & the style is so pompous & ornate (“Hence…Hence”) that I’m actually really enjoying the listen, taking an odd pleasure in it. Key emblematic figure in the narrative so far is the policeman who falls asleep in a stable out of weariness & lassitude; as I listen to hour upon hour of this, I am that policeman. Recommended.