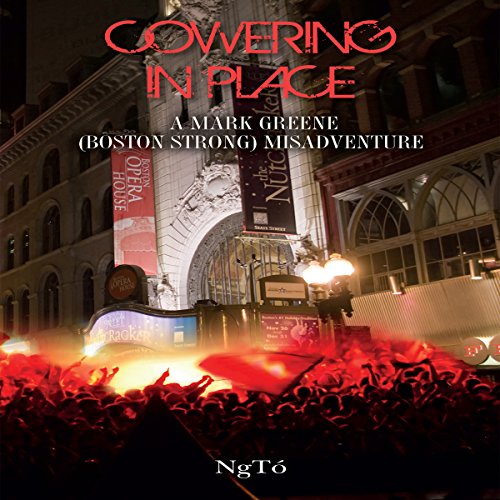 By: NgTo
Narrated by: John McLain
Free with a 30-day trial

Boston is under assault.

Caught between the Islamists' bombs and the government ban of consumer goods detected in the bomb fragments, Bostonians must choose: accommodation or struggle, resignation or revolt, appeasement or rebellion. So far the good people of Boston have chosen accommodation, resignation, and appeasement. On the struggle, revolt, rebellion side is Mark Greene, who, having been left homeless and loveless from his last misadventure, meets, by chance, Sandra, a ravishing revolutionary who gives Mark a second chance at love and shelter, if he only commits himself to the underground movement. Top on its agenda: undermine the current oppressive regime.

As Mark learns the ins and outs of insurrection, Sandra's father, Carniff, a mover and shaker, has fiendishly allied himself with Tereek, the Islamic mastermind, in a bid to destroy him and his ilk from within. To that end Carniff enlists the CEOs of popular consumer-goods companies, Wendy's and Harlequin Books among them, to become his unwitting accomplices.

Into this maelstrom of politics, bloodshed, conspiracy, violence, and consumer goods, Mark Greene confronts the moral question that dogs all revolutionaries: Just how many eggs is one willing to break to make an omelet? The de facto leader of the insurrection, Kilt, Mark's rival for Sandra's affection, is all too willing to make quite a bloody breakfast. And as the toll of innocent lives lost rises along with a growing list of outlawed consumer items, all concerned must ask how much blood must be shed for liberty, the restoration of the republic, and pineapples?

Join Mark Greene on his latest misadventure into revolution, romance, and the bloody absurdity of both.

What listeners say about Cowering in Place