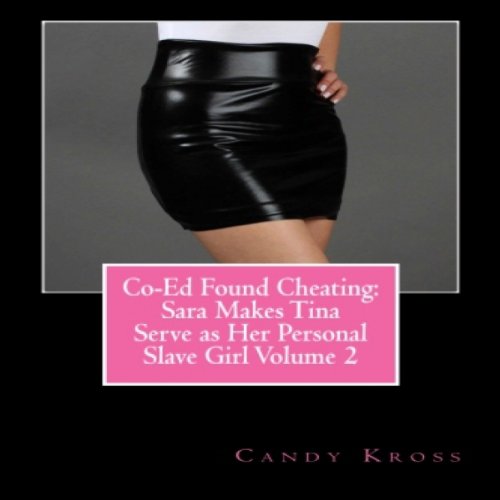 The girls walked over to the bar and ordered their drinks. They had a few drinks and began relaxing. Tina asked Sara if she could go and dance on the dance floor because her favorite song was playing. Sara nodded her head yes.

Tina was dancing very sexy on the dance floor. She was swaying her hips and rubbing her hands all over her body. A couple of guys noticed this and danced over to her and soon enough she was in between the two guys as they were rubbing all over her body. The drinks must have loosened her up, because she found herself having fun.

Sara watched and got turned on, but wasn’t too happy that the guys were getting something for free. Tina was her sex slave and in her mind, if someone wanted to play with her toy, they had to either ask her permission or pay to play with her.

When the song was over, Tina came back over to Sara and sat next to her at the bar. She ordered another drink and one of the guys paid for it. The other guy then saw Sara and bought her a drink as well. After all, Sara was attractive even though he didn’t know she was a lesbian.

Tina could tell that she had displeased Sara. She was afraid of what Sara might make her do tonight. After all, she was at her beckon call and if Sara weren’t happy, she would let Tina know by punishing her.

Tina hadn’t forgotten that Sara was in charge of her and could make her do anything she wanted her to do no matter how humiliating or embarrassing it would be. For now, Tina was happy and the night seemed to be going normal so far.

That is, until Sara whispered in Tina’s ear, “Go on the dance floor and do a strip tease for me.”

“What?” Tina asked to make sure she heard Sara.

“Get your little ass on that dance floor and strip, bitch!” She yelled louder in Tina’s ear so that Tina would hear her loud and clear this time.