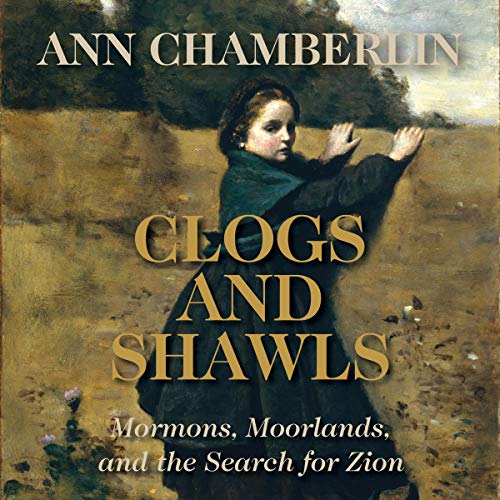 By: Ann Chamberlin
Narrated by: Jacqueline de Boer
Try for $0.00

In this revealing family memoir, best-selling author Ann Chamberlin explores the history of her Mormon grandmother Frances Lyda and her seven sisters who grew up desperately poor in Bradford, Yorkshire, in the early years of the 20th century.

Chamberlin’s narrative follows these eight daughters of Mary Jane Jones and Ralph Robinson Whitaker, a remarkably gifted yet poor and blind piano tuner. Most of the girls were forced by necessity to abandon school at age 12 and find work in terrible conditions at a local factory.

When their mother converted to the Church of Jesus Christ of Latter-Day Saints in 1901, she became the backbone of the Mormon community in Yorkshire. Her daughters followed their mother into her faith, while navigating their own, sometimes tragic, ways into adulthood, family, and the world beyond industrial England.

Though they were exploited and undereducated, the girls maintained a steadfast belief in a brighter future for the Mormon faithful, a mind-set that, despite their many differences, forged an unshakable togetherness between them. All gifted and strong individuals in their own right, many of the Whitaker sisters overcame long odds and incredible hardships to carry on and prosper in Salt Lake City.

Chamberlin interviewed her grandmother and six of her surviving great-aunts for Clogs and Shawls, the relatives who had made their way to Mormon Zion. She weaves novelistic passages with their first-person narratives to create a singular work of oral immigrant family history that is both lively and revealing.

What listeners say about Clogs and Shawls