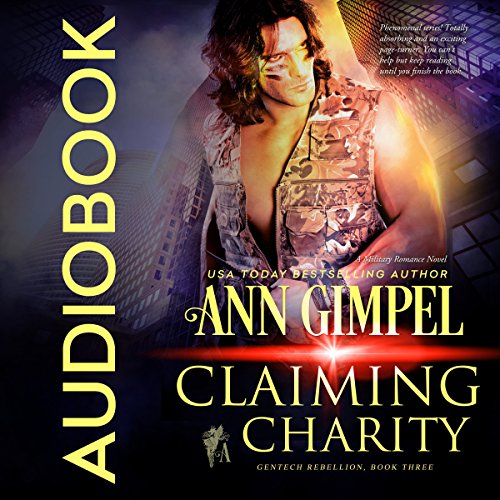 Charity's luck never ran strong because her original configuration was unstable. Her handlers designed experiments to fix the problem, but only made it worse. Sick to death of living under their thumb, she jumps at a chance to escape. She's barely settled in as a CIA special operative - a role where she can put her augmented mind and body to use - when her wobbly genetics decompensate.

Tony's a freak - a genetically altered superhuman waging war against the government. He snaps up an offer of amnesty, walking away from his role as a genetic researcher to work for the CIA. When Charity collapses in a severe seizure, he labors to save her life, but nothing's working. In a last ditch effort, he joins his mind to hers and discovers he wants her more than he's ever wanted anything. Only problem is she hates every single male freak for how they treated women in the compounds.

Charity recovers from her medical crisis, but all she can think about is Tony. Furious, determined to never let anyone like him near her, she blocks him from her mind, but he seeps back in anyway. Loving someone like Tony is a huge risk, a gamble that could throw her already volatile genes into a tailspin.

Knowing all that, why the hell is she considering it?

What listeners say about Claiming Charity

I love this series. It has military action, futuristic technology, and romance. I have listened to both book 1 and 2 and highly recommend listening to these in order. This installment in the series follows Charity. Charity is an augmented human who has unstable genetics. Her life is saved by another "freak" like herself who now harbors deep feelings for her. Their budding relationship has to face many challenges. Can Charity forget that Tony was once the enemy? Can two "machines" have a future together? Can they even love? Both these emotional struggles and the constant action make for a very entertaining listen.

this one had me excited the moment I opened it cant wait for book 4.