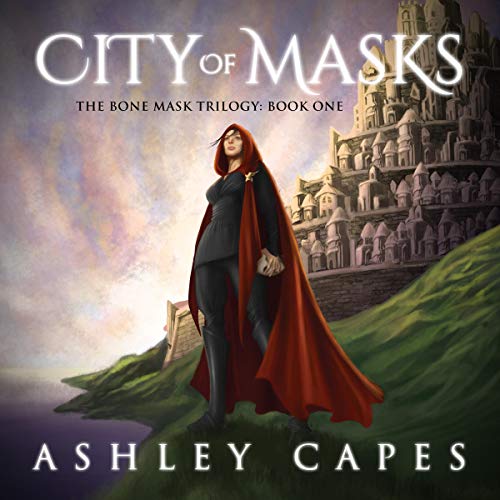 By: Ashley Capes
Narrated by: Thomas Pedrosa
Try for $0.00

A noble daughter burdened by power she never sought.

Perched on an unforgiving coast, the city of Anaskar is under threat from enemies within. Its own royal family feuds over possession of sentient bone masks of power, leaving Sofia Falco, daughter to the city's lord protector, to foil a conspiracy designed to strip her father of both his title and powerful Greatmask.

A bitter mercenary accused of murder.

Yet when disaster strikes, Sofia is forced to flee the palace and into the city where she crosses paths with mercenary Notch. But Notch has his own problems - accused of murder, he must fight to clear his name, all the while hunted by the city's robed assassins, the very people who are now searching for Sofia.

Meanwhile, far across the Western desert, Pathfinder Ain must overcome his doubts and leave on a hopeless quest. To restore his people to their rightful home, he must unlock the ancient mystery of Anaskar's sea shrine and the gargantuan sea beast that lurks beneath its harbor. Yet all who have gone before him have failed....

Follow three unlikely heroes on an epic fantasy adventure where the struggle over bone masks of power threatens to tear their city - and kingdom - into shreds.

What listeners say about City of Masks

not sure if my audio is messed up or if the narrator did a poor job of doing their final editing. I keep hearing him pause and correct himself, repeated sentances and words, i'm pretty sure he stopped and took a drink mid sentance. I think I'll just read this one myself.

If you can get through the first couple of hours, he gets better at reading. But the first part is filled with stops and start overs, very annoying.