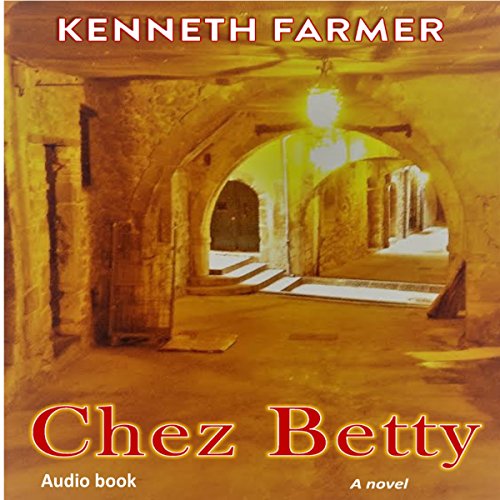 Alan Newberg, a staid title-company lawyer in the middle of a divorce, escapes to the French Riviera in an effort to reinvent himself. Instead, he catches a case of careful what you ask for when his soon-to-be-ex wife freezes his bank accounts. Without access to money, Newberg gets a job working for a crazy American ex-pat from Texas who owns a questionable vehicle-for-hire business that is at war with a local mob-run cab company.

The ever-growing predicament leads to Alan being framed for murder and forces him to run the gauntlet of French criminal justice. His knight in shining armor is the five-year-old daughter of his newly found love, who acts as his chief alibi witness. Chez Betty has everything from dark humor to romantic intrigue in a picturesque setting, all the while guiding the listener through a mysterious and unfamiliar court system.

What listeners say about Chez Betty