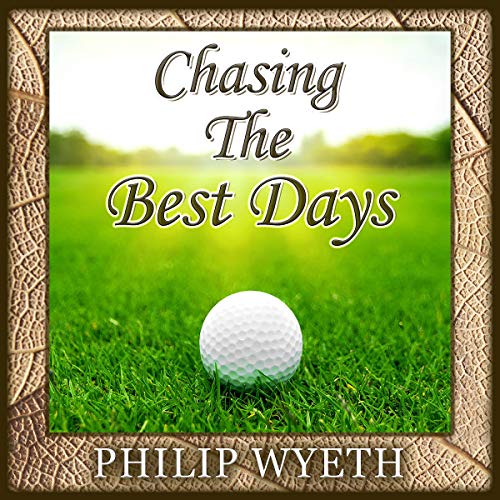 By: Philip Wyeth
Narrated by: Paul Heitsch
Try for $0.00

Greg is a divorced dad who spends most of his time out on the golf course. He and his playing partners at Corona Vista Country Club get drunk and gamble every day after work. But Greg's foreign girlfriend Karla - who happens to be half his age - also demands plenty of attention.

Frustrated with his job and still haunted by the ghosts of his divorce, Greg is desperate for something new. He and his pals Dan and Walt hope the new startup they're scheming over happy hour pitchers of beer will be their ticket out of the nine to five rut.

As he fights through crowded Los Angeles freeways and frantically looks for golf deals online, Greg also strives to connect with his sons while fending off the ex-wife - and at the end of the day, just try to make a few putts.

Author Philip Wyeth, whose previous two novels take place in a political dystopia, embraces a new challenge with Chasing the Best Days. The story is darkly comical but always searching, and ultimately paints a sympathetic portrait of one modern American man struggling to keep himself together while making ends meet.

What listeners say about Chasing the Best Days