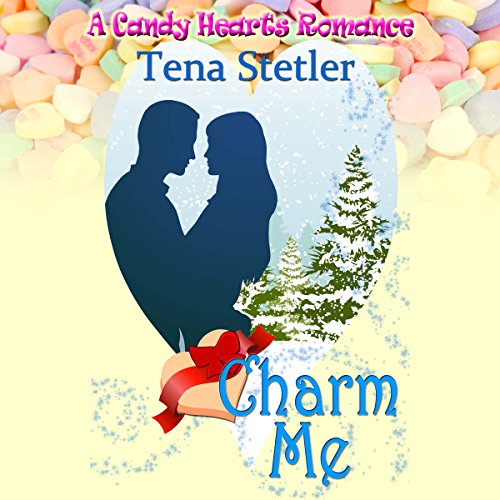 By: Tena Stetler
Narrated by: Lee Ahonen
Try for $0.00

Summer Dawn Riley's an extraordinary elemental witch whose troubled past haunts her. She's created a calm life for herself teaching yoga and keeping people at a distance. Her life takes a 180 degree turn when she enrolls in a woman's weapon's class and meets ruggedly handsome Devlin Sawyer.

Devlin, a former Navy Seal, has sworn off women after two long-term failed relationships, but there is no denying his attraction to Summer. She intrigues him like no other woman ever has.

Despite her attempts to ignore him, Summer is drawn to Devlin. His magic signature is strong, but he's no warlock. Will Valentine's Day magic find them a future together?

What listeners say about Charm Me

If you want a quick, fun listen, this is for you. Nice, full descriptions without the story getting bogged down in too many details, this book moves right along and provides a nice escape for a couple of hours. Characters are believable and likeable and dialogue is realistic. I’ve read several now by this author and look forward to more stories from her.

I LOVED the book. Hearing it read only made it richer and fuller. I read it when it first came out and thought it could not be improved but I was wrong. This is incredible

I've had the opportunity to read and listen to Charm Me. I enjoyed both. It was a pleasure to listen. to. I would recommend this book if you are looking for a quick read

I don't get the chance to enjoy a good book often, this book took me away and gave me a nice break from life. It's a very well written story that captivates the reader/listener. I'll be anxiously awaiting Tena Stetler's new books.

Not Your Usual Romance

A very enjoyable story, set during a snowy, snuggle-worthy Colorado winter, the characters have some very interesting secrets to reveal.