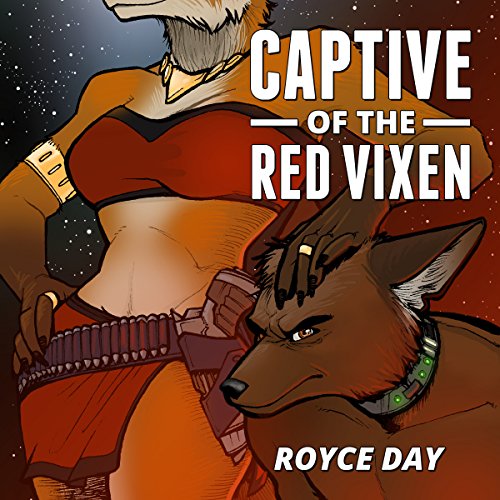 In command of his family's star freighter, foxen noble Lord Rolas Darktail finds himself a captive of the infamous pirate, the Red Vixen. Drawn to her easy freedom, he finds himself torn between staying with her, and honoring his duties to his family, who must escape the cruel countess they serve.

Come along with Rolas as he experiences love and adventure in this science fictional take on a traditional Age of Sail romance novel.

What listeners say about Captive of the Red Vixen

A Fun Adventure With Space Foxes

Would you consider the audio edition of Captive of the Red Vixen to be better than the print version?

While Daniel Dorse has a great voice for narration, his impressions of the characters leaves much to be desired, as everyone sounds far past their prime.

What was one of the most memorable moments of Captive of the Red Vixen?

My favorite moment is when we meet 'Big Bad' of the story, who manages to establish herself as being a massive b**** in just one scene.

The protagonist; Rolas, is my favorite. Playing the part of being the tour guide for our trip into his world perfectly, and being the occasional deadpan snarker for the ride.

Yes, its a fairly short book, so assuming your good at multitasking, you can have this going while you work and finish it in less then a day.

It's a shame the other entries in the series are not available, because I would love to hear more.

the narrator reads every one as being way older than they are described. the youngest any one sounds is is in there 50s.