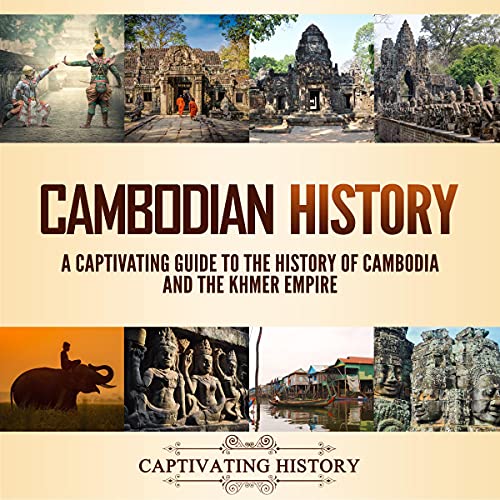 Cambodian History: A Captivating Guide to the History of Cambodia and the Khmer Empire

If you want to discover the captivating history of Cambodia, then pay attention...

Some of the topics covered in part one of this audiobook include:

Some of the topics covered in part two of this audiobook include:

Get this audiobook now to learn more about the history of Cambodia and the Khmer Empire!

What listeners say about Cambodian History: A Captivating Guide to the History of Cambodia and the Khmer Empire

i really enjoyed this book. i had never heard of the khmer empire before reading


This book is sooo boring you will sleep within 20 minutes. The way it is written reminds one of grade 6 history books excepted that the names are more difficult.
I wanted this book to learn a little about Pol Pot but when he was mentioned I was so bored I couldn't even absorb anything that was said.