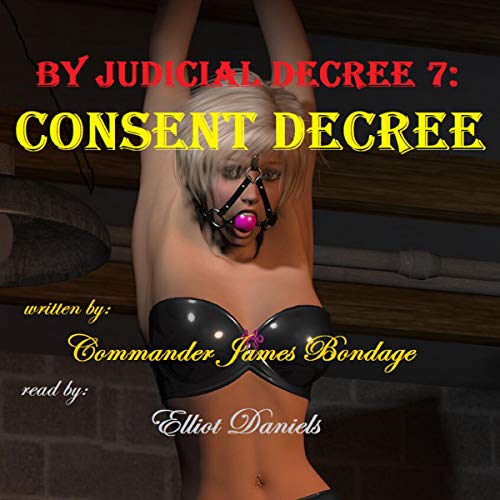 By: Commander James Bondage
Narrated by: Elliott Daniels
Try for $0.00

Inga had been given great gifts: a beautiful face and figure, a brilliant mind, and an influential father who could help her achieve her goal of becoming the first female lawyer in Vinland’s history. But all her gifts came to nothing after she lost control of her spending, was convicted of embezzling her clients’ funds to support her lavish lifestyle, and was sentenced to slavery as punishment for her crimes. But it was not until she found herself naked and bound in the basement of Rupert Caine’s mansion that she learned the true meaning of punishment.

Set in a world where enslavement for crime or debt is an everyday fact, By Judicial Decree: Consent Decree may be the best novel yet in Commander James Bondage’s popular series.

What listeners say about By Judicial Decree 7: Consent Decree