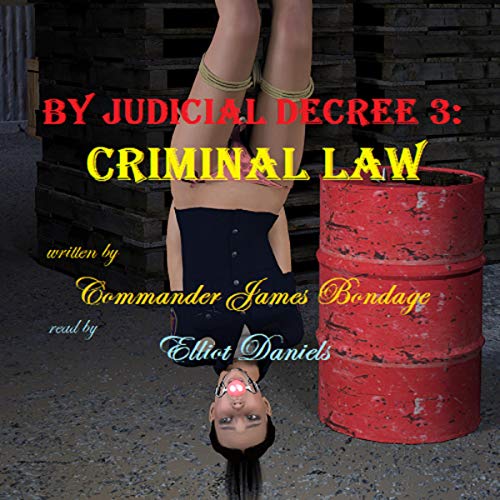 By: Commander James Bondage
Narrated by: Elliott Daniels
Try for $0.00

Kelly was the first female inspector in the history of the Constable's office, and the only honest cop on the entire force. When she threatened to take a story of rampant graft in her office to the press, she had to be silenced. If that meant framing her for crimes she had never committed and reducing her to slavery, well, that was her tough luck.

Faith was an innocent preacher's daughter, president of her father's charitable foundation for retired Believers. How was she to know that the foundation was a scam and her father a con man, until he fled, leaving her to pay for his crimes with her freedom?

But something worse than enslavement await Kelly and Faith when they become the property of Rupert Caine, whose hobby is the harshly training beautiful young women, until they become submissive pleasure slaves. A newly revised edition of this Commander James Bondage classic especially for audio.

What listeners say about By Judicial Decree 3: Criminal Law

Kelly and Faith both paid for crimes neither one of them committed with the loss of their freedom. They became the property of Rupert Caine. Elliott Daniels did a good job with the narration. I received this free copy audiobook at my request and have voluntarily left this review.

If you love torture, this is your book

The author needs to change his name to Commander James Sadist. The main character loves to torture helpless women who, through no fault of their own end of being owned by him. There is nothing to like about the main character. Plus, the narrator sounds like an 80-year-old Granpa.

Sentenced to Judicial Sexslavement....Framed for crimes she didn't commit and to keep her silenced, Kelly is sentenced to slavery along with Faith who is paying for her father's crimes. "I was given a free copy of this audiobook in exchange for an honest review."

I must of looked at the description wrong. Listen to the sample careful and make sure it's what you want. It was in my book terrible.