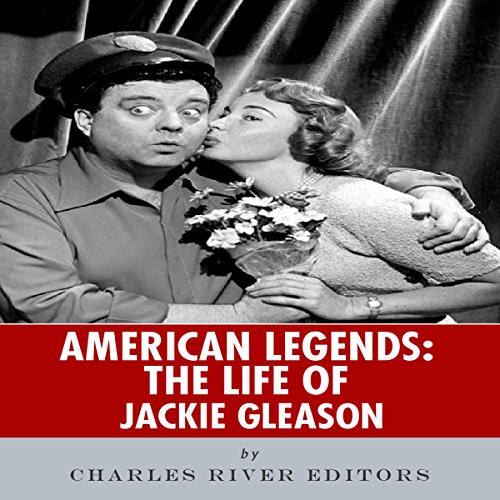 By: Charles River Editors
Narrated by: James Shelton
Try for $0.00

If Lon Chaney will forever be recognized as 'The Man with 1,000 Faces', Jackie Gleason holds a legitimate claim to being 'The Man with 1,000 Personas.' Indeed, during his time hosting The Jackie Gleason Show on television, he developed numerous alter egos, including tough guy Rudy the Repairman, the energetic Joe the Bartender, and the alcoholic Rum Dum. Physically, there was no mistaking Jackie Gleason (the way one certainly could with Lon Chaney), but Gleason also possessed an uncanny ability to alternate between personas. In the years before the Rat Pack made the nightclub lifestyle chic and glamorous on a national scale, Jackie Gleason presided as perhaps the foremost nightclub figure in America, and nobody excelled at situation comedy as well as he. Paradoxically, the iconic element of Jackie Gleason's persona was that he was able to maintain so many personas simultaneously. In a sense, each of these characters bears traces of the "real" Jackie Gleason. But the fact remains that the many personas of Jackie Gleason make it difficult to figure out exactly who Jackie Gleason actually was beneath his show business facades.

What listeners say about American Legends: The Life of Jackie Gleason

Reader was just too flat

a great story about the great one