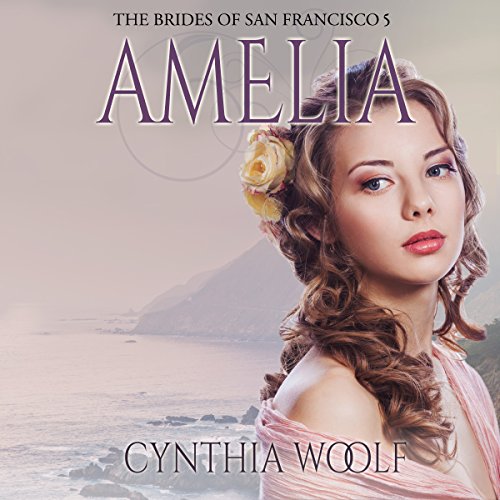 Amelia James grew up performing on the stage. Her stunning voice made her the darling of New York's theater district since she was 15. She's never been more than an asset to her mother, never been just a woman to the young up-and-coming men who want to use her to advance their own careers.

Amelia loves to sing, but is willing to give up fame, fortune, and her future on the stage for just one thing...love. Convinced she'll never find what she needs in New York, she makes the daring decision to leave her life behind and travel to the other side of the country as a mail order bride in San Francisco where she won't be anything more than a wife, where her future husband will look into her eyes and see her heart.

Wealthy prospector Phillip Dumont learned how to take care of himself from a very young age. With his father's death, his mother decided to follow her dream and she abandoned her family when he was 18 years old. Phillip raised a house full of younger siblings on his own. Now, his youngest sibling, his sister, is in need of a woman's touch. Phillip knows he'll never trust a woman enough to give her his heart, and decides a mail order bride will provide a soft touch for his sister and keep the gold-digging women at bay.

But Phillip is in for a shock. He is instantly attracted to his new wife and tempted to trust her with more than his name. No matter how vehemently Phillip demands obedience from his wife, his sister, and his heart, not one will listen. When an old partner seeking revenge comes for his bride, will Phillip be able to see beyond the secrets of her past to save his family?

What listeners say about Amelia