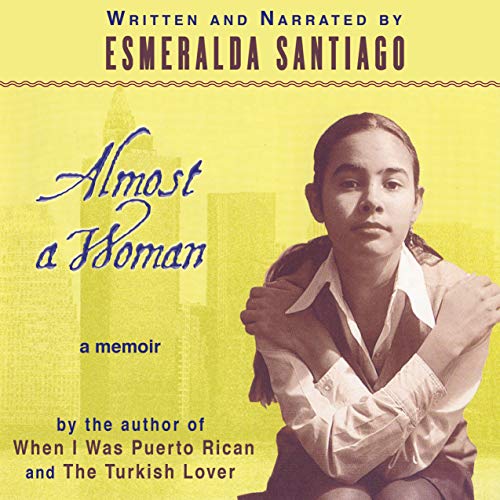 Going through adolescence is a challenge in its own right. But as a young immigrant in the United States, the trials and tribulations associated with coming of age are even greater.

In Almost a Woman, Esmeralda Santiago continues narrating her memoirs, which pick up five years after debut When I Was Puerto Rican left off. In this volume, “Negi” tells the listener all about her teenage years amidst the turbulent mid-'60s. In a small Brooklyn apartment, Negi leaves her childhood behind and starts to become a woman. But she’s still surrounded by 10 siblings and a mother who relies heavily on her on account of her being the eldest.

The listener gets a real taste of what many Latinas experience when they first arrive in the United States. Negi has a lot on her plate - from studying English and performing arts at a prestigious New York school to serving as her mother’s translator and dancing salsa at night. The audiobook is narrated by the author herself, which makes the story feel all the more poignant. In 2002, Almost a Woman was brought to the screen with a script adapted by Santiago herself and that received the prestigious Peabody Award for that year’s Best Television Movie.

What listeners say about Almost a Woman

Love this book and the story!!

Esmeralda quickly became one of my favorite authors the first time I read "When I was Puerto Rican" and I have read all of her books more than once since then. I even saw her speak! I love her!

I had to return after a couple hours of listening because the narration was so simple in tone. It sounded like it was being read to a group of children, and a lot of nuance was lost because of that. The story is sweet, though not riveting.