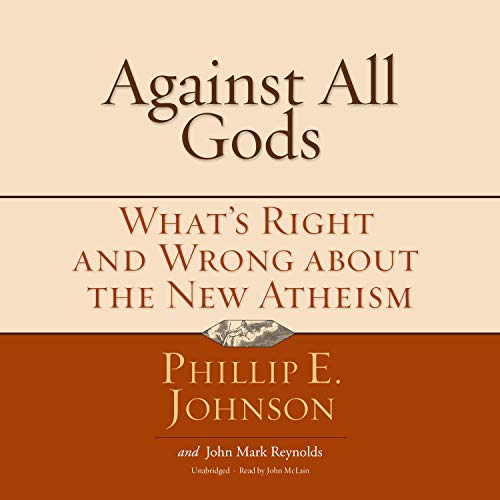 The father of the intelligent design movement, Phillip E. Johnson, thinks the new atheists are right! How? They’ve put serious discussion about God back on the public agenda.

Despite their conclusions, folks like Richard Dawkins, Sam Harris, and Daniel Dennett are asking the right questions. They’re making belief in any religion an issue again, especially in the university context where, for decades, questions about faith and reason have been taken off the table for serious discussion. Open debate is exactly what we need on the topics of God, evolution, and creation.

Together Johnson and John Mark Reynolds help us see the unique opportunity these vociferous and even evangelistic atheists are creating in their attempt to convert us to their unbelief. The authors show that we need not fear or react against these challenges. Rather they point to better ways to engage the opinions of this new, aggressive form of anti-religious activity. With skill and insight they energetically take on the question of whether the evidence leads to a materialistic naturalism or points toward a creator God.

Be informed. Be encouraged. Join the discussion.

What listeners say about Against All Gods

A Refutation of an Atheist Worldwide

There are a few audible books that are not just worth listening to but worth purchasing to read, Against all God's is one of them. In this book the authors provide evidence that an atheistic approach to life rest on faith that is not rooted in reality. Thus, the anti-theist are reduced to name calling and osterising those they disagree with. Those who reject the reality of God have become good at monopolizing the public audiences by telling a good story. But sadly, their story is based on a protected lie, which has left future generations the worse for it. Our only hope is for individuals who will listen to and read this book and then become active advocates for the truth in public and private conversations. We must also demand that legal and protective measures to defend an atheistic worldview in science, education, and through the law be ended. Both sides of this argument should be able to present their evidence for their position unhindered by phobias of the supernatural or the false superiority of metaphysical naturism in science.