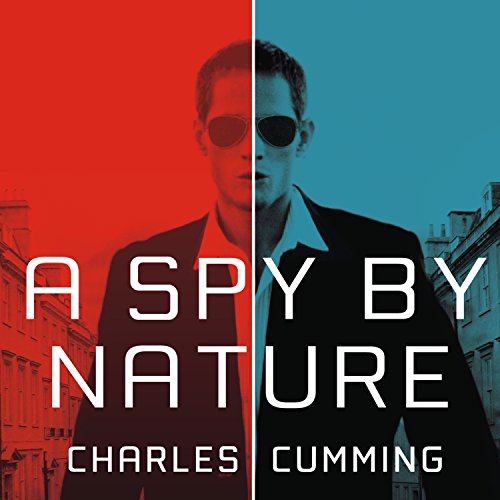 A Spy by Nature

Alec Milius is young, smart, and ambitious. He also has a talent for deception. He is working in a dead-end job when a chance encounter leads him to MI6, the elite British Secret Intelligence Service, handing him an opportunity to play center stage in a dangerous game of espionage.

In his new line of work, Alec finds that the difference between the truth and a lie can mean the difference between life and death - and he is having trouble telling them apart. Isolated and exposed, he must play a role in which the slightest glance or casual remark can seem heavy with unintended menace. Caught between British and American Intelligence, Alec finds himself threatened and alone, unable to confide in even his closest friend. His life as a spy begins to exact a terrible price, both on himself and on those around him.

What listeners say about A Spy by Nature

I highly recommend this little gem

I never written an audible book review before, but I find the low rating of this book is so unjust that I’m propelled to express my opinion.

If you like action packed, shoot-them-up type of cheap thrillers, you can skip this book. If you like intelligent, well written, intriguing stories about the modern world of espionage, I highly recommend this little gem.

A Spy By Nature

If a story about a self-indulgent loser is your cup of tea, then this book will be just what you are looking for. But anyone seeking a well crafted espionage story or thriller should leave this one alone.
The prose is alright and the reading well done. It's a hopeless story about a hopeless young man. I'm sorry to have wasted those hours of listening.

No plot, no ending

It's a book about a basically dishonest man who does everything wrong. The book has little story, no plot and no real ending. The story just comes to an end with no conclusion.

Longing for the Cold War

As spy stories go, this is a good one. It's well thought out and admirably executed. Characters are well drawn. The reader's one shortcoming is his American accent, which sounds forced. This is not distracting, just curious.

Yet in spite of this novel's excellent execution, somehow industrial espionage about oil companies does not fire the imagination like the Cold War did. Who really cares if one oil company screws another over? Or if the CIA and MI6 are willing to spy on each other over something so banal as money? Cold War spy novels at least left us with the illusion that altruism was possible. There are no white hats in this story. I long for Bernard Samson and George Smiley and Paul Christopher.

Not an interesting read

This is an unremarkable story about people i couldn't come to care about involved in some morally ambiguous "spying" that just didn't really seem to matter to anyone. Oh, and the ending fizzled away any energy built up by accident over the preceding hours of tedium. Not recommended.

I put my faith in the positive reviews of this book, but after listening, I side with those who found it badly wanting. Yes, it is not just another implausible thriller shoot 'em up. But the character development was nothing to write home about, especially with the central character Milius. He is simply a cipher. We learn very little about him, and what we do learn is about as interesting as the cardboard he measures up to. The American Katherine is far more intriguing and more about her - and more interaction with Milius - is a missed opportunity . He has one friend - and that's a thin rendering - and one ex-girlfriend who we find out very little until the very end and that's too little too late. There is a protracted first attempt at becoming a spy that ends in a fizzle and then he becomes one but I can't figure out why. There's just not much there there and it all cries out for a good editor to challenge the writer to try an awful lot harder. I'm surprised this found a publisher, much less that it was a 'best seller'.

A waste of hours

The story never goes any where. A troubled soul that remains that way through the whole story. No action and no suspense and no story. A look at a weak and flawed individual. I didn't want a psychological personality study.

This novel is really a story of almosts...almost not predictable, almost interesting characters, almost doesn't plod, almost interests you enough to finish it. The only real high point is the narration which is almost very good but not Scott Brick level. You can leave this one alone unless you have credits to lose if you don't use them.

A coward by birth

I can summarize this entire story with a few lines.
A terrible person turns into a terrible corporate spy. Fails at everything, blames everyone else. Over analyzing spy things is fun and tense. Over analyzing why your girlfriend broke up with you over 2 years ago is sad and cringey.

A real slog. Total bore about an difficult to like main character. Instead, read the Thomas Kell books.