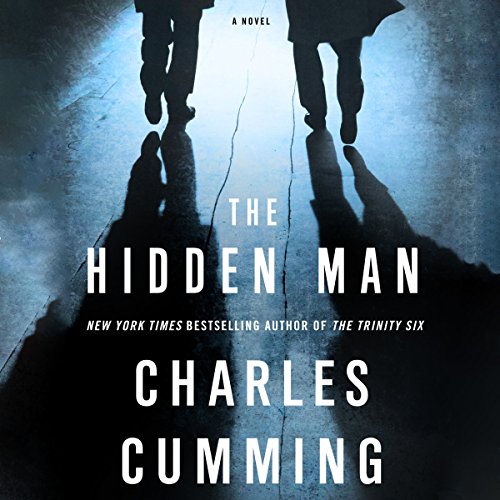 Christopher Keen, once a master spy, is murdered in cold blood. His sons, Mark and Benjamin, though they hadn't seen their father for over 20 years, are now drawn into the legacy of his life as a spy as they set out to discover the truth and avenge their father's death. But as their search proceeds, more questions arise - is Christopher's death connected to his past life in MI6? Was his eldest son involved in a conspiracy that links him to Moscow, Afghanistan, and the Russian mafia? Best-selling author Charles Cumming delivers a thriller that delves into the complicated double lives of spies and what happens when their half-told secrets die with them.

What listeners say about The Hidden Man

An unsatisfying story unfolds excruciatingly slowly. It’s very possible the audio speed is incorrect as had to listen at 1.5x to be able to listen at all. After 95% slowly unfolding, last few mins add detail and ends unfinished. Nothing like the other 2 series of books which are excellent

I love Charles Cumming's work, and his writing here doesn't in and of itself disappoint. The characters are interesting, very fleshed out, and, true to Cumming's form, thoroughly psychologically explored. The problem is that the story goes nowhere. There's no real third act, it just ends without any satisfying resolution. I went from thoroughly enjoying myself to thoroughly disappointed in a turn of the proverbial page. Really unfortunate.

The story had potential but the characters were too flawed and the plot was completely devoid of satisfaction, justice, and closure.