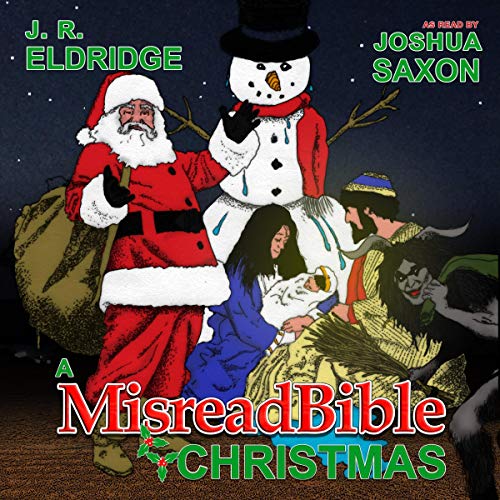 During the reign of King Herod of Judea, an unwed teenage virgin called Mary is impregnated with a magical baby by the Holy Spirit. She and her fiancé, Joseph, travel to Bethlehem for a preposterous census, and Mary has to give birth in a stable. Meanwhile, a group of stargazing magi who have traipsed hundreds of miles after a star inadvertently inform the king of Judaea of the Messiah’s birth.

King Herod, the infamous baby massacring tyrant of the nativity, is recast as Scrooge. On the day that would come to be known as Christmas Eve, he is haunted by the ghost of his dead wife, Mariamne, who has come to deliver a warning. He is visited by three spirits who take him on a journey to his past, present, and future. Will the king heed the spirits’ message and mend his ways, or will he forever be the villain that the Bible portrays him to be?

"Parodies of a Visit from St. Nicholas"

What listeners say about A MisreadBible Christmas

narrated once again by the lovely terms of Joshua Saxon.

a deliciously twisted version of two books of the Bible with a little Dickens thrown in for comic relief!

the audiobook is just under 2 hours and it is worth every second!