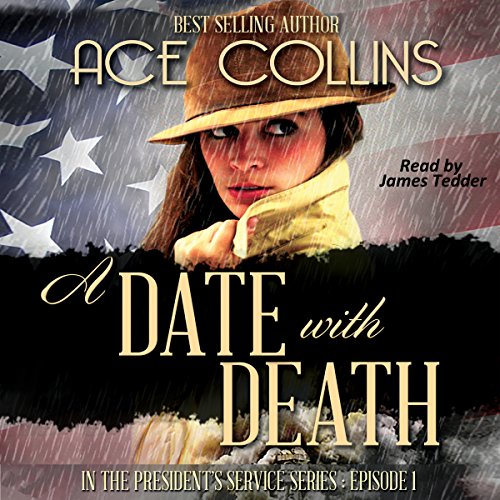 A Date With Death

Helen Meeker is back and has less than 30 days to stop the execution of an innocent pastor who has unbelievably confessed to being a Nazi spy. While on a case that has dynamic implications to uncovering an espionage ring operating on American and British soil, Helen defuses a hostage crisis in a bank robbery gone wrong, unearths an explosive coffin, and is introduced to a dead English hero who seems very much alive. The fate of an innocent girl and the world's two most dynamic leaders depend upon Helen's connecting cases before Wilbur Shellmeyer faces a firing squad, and Churchill and Roosevelt meet for a secret conference in upstate New York.

What listeners say about A Date With Death

Looking for nostalgic fun? This is it!

Ace Collins has produced a fun, fast-moving, action-packed adventure with lovable characters, and provides plenty of plot twists to keep you engaged. You can bet a bright, shiny silver dollar that I’ll be following this series with keen interest!