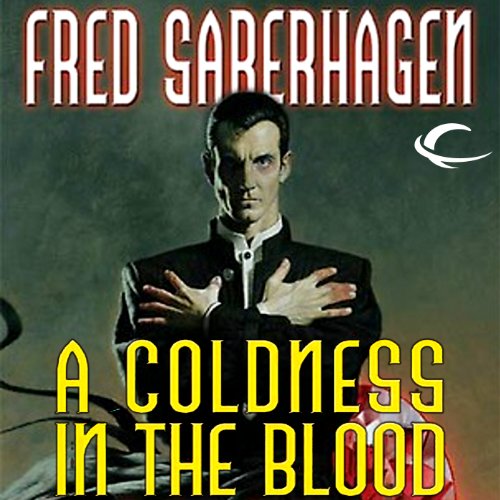 A Coldness in the Blood

By: Fred Saberhagen
Narrated by: Robin Bloodworth
Try for $0.00

The Bram Stoker Award-Winning saga continues… Matthew Maule has seen many horrific things in his 500 years as one of the most powerful vampires in the world. But even his formidable talents cannot predict the unthinkable acts about to occur within his own home.

When the vampire Dickon and his human partner appear in the middle of the night frightened for their lives, Matthew offers them protection. They carry with them a small Egyptian statue of great value and many secrets. By morning, Matthew has woken from a mysterious trance to discover that Dickon’s human friend has been brutally murdered, the vampire has gone missing, and their statue has been smashed to pieces. Matthew has also made a dangerous new enemy, one who possesses strength even Matthew may be no match for.

For the statue is no ordinary artifact, but one of six replicas. However, only one contains a gem in the center, a stone of unimaginable magical power that could spell the end of humanity if it ever fell in the wrong hands.

Matthew sets out on a heart-pounding journey to track down the remaining statues before his ancient foe finds them. Racing across the country, the vampire teams up with both the living and the undead, though not all are the allies they pretend to be. Using his wits, he must unearth the answers to a millennia-old mystery in order to prepare himself for a final showdown against the evil stalking him at every turn. Acclaimed fantasy and science fiction author Fred Saberhagen takes listeners along for a trek of unbelievable suspense, action, and pure pause-resisting entertainment.

What listeners say about A Coldness in the Blood

If you could sum up A Coldness in the Blood in three words, what would they be?

What other book might you compare A Coldness in the Blood to and why?

What does Robin Bloodworth bring to the story that you wouldn’t experience if you just read the book?

I love this book series. My only regret is that I discovered them five years after the author died and never got to meet him. I wish this series could have continued forever.