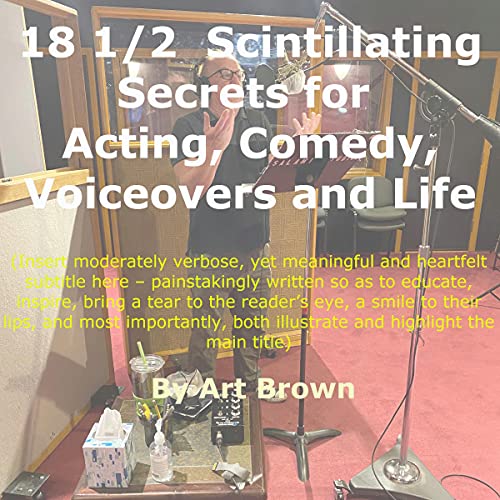 I’ve been a professional actor since the precocious age of 12. When I was five, I decided that there could not possibly be any better job than playing and making people laugh. That became my path, and although I’m not a household name, I’ve been able to play and make people laugh most of my life - and somehow pay the bills in the process. “Not bad”, says I.

I’ve entertained folks in New York, Los Angeles, and lots of places in between (including Montreal, Miami, and Akron, Ohio).

Along the way, I’ve learned things.

It’s my fervent desire that some of the things I’ve learned, (or my “scintillating secrets”) propel you to success and happiness. In truth, scintillating though they may be, these are hardly secrets and have been spoken throughout the ages by sinners, sages, and saints. Sometimes though, the 100th time you hear something is the time it finally clicks.

What listeners say about 18 ½ Scintillating Secrets for Acting, Comedy, Voiceovers and Life