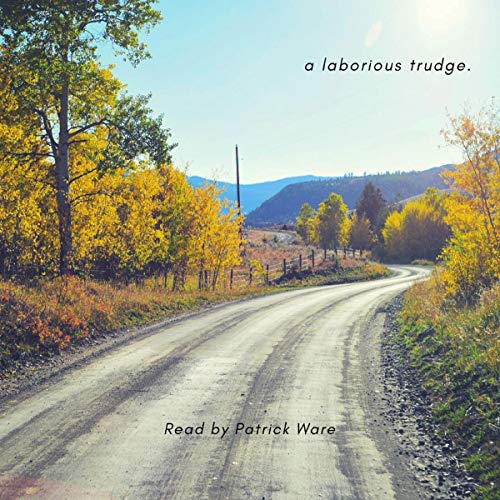 In the follow-up to his first poetry collection, the walk., a laborious trudge. exemplifies Ware's masterful ability to story-tell through poetry and prose. ALT is a poetic metaphor for the struggles of young Black men in this world. Each part is written as journal entry pulled from the diary of a new "Young Brother." This young brother being the older brother of the child from the walk. He encountered some hardship over the past seven days and decided to document his shortcomings as a release.

Coincidentally, during the past 24 hours his steps led him to a similar situation his younger brother faced, and an encounter with a familiar face. ALT is the revolt, giving way to the revolution. And, after you indulge you will be left feeling that even if you only move an inch each day, you must trudge that inch regardless of those who dare to judge.

"They judge the missteps, but they don't know your walk."

What listeners say about a laborious trudge.