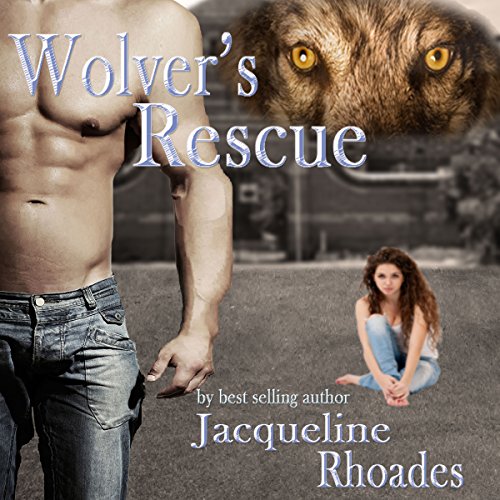 Sometimes it's not the wolves that pose the danger.

There's a downside to living in a secret society: Someone has to ensure it remains that way. William 'Bull' Bulworth is that someone. His current assignment: track a young man who has an unrecognized wolf inside him and eliminate the problem before the truth about wolvers is exposed to the human world. It's a simple and straightforward assignment until he meets a woman who makes him think crazy might be contagious.

In her own words, Tommie Bane is nuttier than a pecan tree. There's a voice in her head telling her she is something other than human, and a creature she swears is running around inside her body. Just when she's at the lowest point in her weird and nutty life, she meets a man who tells her it's all real. Should she listen to the voice of reason or to the voice in her head that keeps shouting "mate"?

What do you have to lose when you've already lost your mind? For Tommie, it could be her life.

What listeners say about Wolver's Rescue

Wonderful installement to this series

Yes because this has been a wonderful series with an outstanding author and narrator. The plot is great it is a page turner that keeps you interested

Have you listened to any of Holly Adams’s other performances before? How does this one compare?

Outstanding I love her as a narrator. She gets the tones and different voice just right.

Yes but I tried hard to only listen when I was working around the home or driving.

Ms. Rhoades and her audios is one of the authors that changed my mind on Paranormal along with wolves & Shifters. Through her talent of writing I have come to love this genre as she takes me to a fantasy land where humans become wolvers. The series is basic on family and family values as the pack becomes one. I just adore the man behind all the matting putting them together as they learn what they need to and bring a pack to a family. There is much pain and sorrow when one man wants to make a name for his self as he tries his best to put the wolvers on the map. This group tries their best to keep themselves unknown as they fight the doctor to bring home all the wolvers he has taken. This group must learn to be a pack to outsmart their alpha and the doctor both who are only out for themselves. Can a pack of misfits come together learn to be a pack and take back their lives?

From the start you know Bull is a strong male his job is to get rid of the wolvers that have gone wild. He is on the hunt for Thomas as he falls over the female wolver in a cage. The site he sees is hurtful, the abuse she has went through is bad. He helps her get out but wishes he would have left her behind. This is one crazy woman who leads him to just as crazy group of other wolvers. He must learn what is important as he takes on the challenge to help these people and find them a pack who will work together. He might find his leg was pulled and he has a few things to learn.

You have to feel for Tommie and all that she has gone through. She has lost everything when her old time friend turns on her and puts her in a cage. She hears voices in her head all she wants is help to understand what they are and make them go away. He wants something totally different she won't give in. When a man comes in and lets her out of the cage she turns on him. She is scared and she has had reason to be. Bull has his hands full bring this little lady to heel as she turns his world upside down with her many tricks to try to get away.

This was one very humorous read, it was painful as you watch what they do to these wolvers but at the same time you cannot help but laugh at how Tommie and Bull bait each other as tempters rise and they butt heads. This was one highly entertaining read that had me wanting to listen to it all at once. The passion is hot as well as the many scenes as they go through taking down bad men and bring a pack together. The author throws in many twists and turns to keep you entertained. She bring you danger, thrills and fights as this group of misfits learns to fight together and get the true meaning of what a pack is. There are times you will want to cry at other times you will cheer them on. There will even be times you will laugh so hard you almost cry. The author gives you times where your heart beats so fast as to what the outcome could be.

Holly Adams is a wonderful narrator that I could listen to all day. Her many different voices are outstanding. You never guess who is talking whether it be male or female. Her tones are even as she hits each emotion just right. There is no any background noise it sounds as if she did the audio all at once. You are so going to love any book she narrates.

I have not read or listen to anything by this author I haven't totally loved. She knows how to pull you in keep your attention leaving you wanting more. This is the last book in the series for now, I so wish there were more and cannot wait until the next one is written. I have come to love these people and all they stand for. Each book can be a standalone but much better if you start with the first one. Each book is full of humor, passion, things that are important, pack, leaders, alpha and strong women. This is one author that is truly amazing and very talented writer. She shows you the true meaning of love, working together as she keeps the true value of her series intact. Before you know if she will have you believing there truly are wolvers out there. You will come to love them and wish you could be part of their pack. Ms. Rhoades keeps the same rules throughout her series, nothing changes she brings back a few characters which is nice to always see how they are doing. She isn't an author that writes just one series at a time but somehow she always remembers the details so that it looks like she writes them one after the other. She is truly an amazing author that you do not want to miss. I love all the characters as I love how this authors mind works in giving me outstanding reads one after another. I highly recommend any book this author rights. She is one of my go to authors. I know I have to have any book she writes.

Great addition to the series but also would be great as a stand alone!!!! Yes crazy might be contagious. But at the end it takes all kind to make up a family.

This was a thoroughly enjoyable story. I liked it from start to end. The Narration was very good and I can't wait to hear more from this Author and Narration mix. Kudos.

I love them all. I hope you will continue to write a few more to this series. I will be looking and waiting to see if you do.

thank you all for this book loved, loved looking forward to listening to all your other books 👍🏾👍🏾

This book started out not as I expected. The chemistry between the leading lady and the hero was off the charts during the rescue bid from the facility. It then settled into a pack mentality that I’m used to from other shifter pack books. With lots of action throughout it is a exciting book to read/listen to. Fantastic narration from Holly.