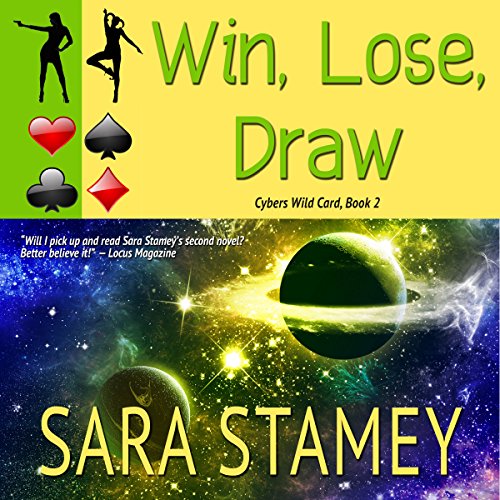 By: Sara Stamey
Narrated by: Erin Bennett
Free with a 30-day trial

The Resistance coil is heating up on the primitive forest-world Andura, where human rebels fight the Cyber entities that control the peaceful but static galaxy according to strict WorldPlans. The Cybers send Agent Kurtis to investigate, unaware that she's now a double agent for the Resistance. What she finds is a gang of hoodlums destroying the ancient forests to sell rare resources. Escaping both the Cybers and the corrupt rebels, Ruth joins the reclusive natives in the towering branches of the sacred Mother Tree to enlist their help in exposing a plot that threatens more than their world. The Cybers will have to face more than a band of Changers. When the Wild Card is in play, all bets are off.