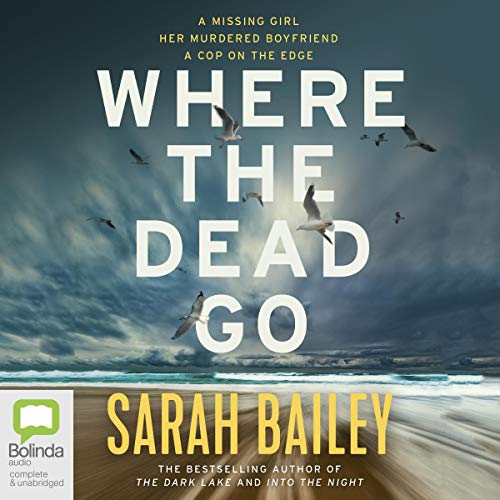 Where the Dead Go

A missing girl. Her murdered boyfriend. A cop on the edge.

A 15-year-old girl has gone missing after a party in the middle of the night. The following morning, her boyfriend is found brutally murdered in his home. Was the girl responsible for the murder, or is she also a victim of the killer? But who would want two teenagers dead?

The aftermath of a personal tragedy finds police detective Gemma Woodstock in the coastal town of Fairhaven with her son Ben in tow. Now she finds herself at the heart of a complex and unnerving murder investigation. Gemma searches for answers, while navigating her son's grief and trying to overcome the hostility of her new colleagues.

As the mystery deepens and old tensions and secrets come to light, Gemma is increasingly haunted by a similar missing persons case she worked on not long before. A case that ended in tragedy and made her question her instincts as a cop. Can she trust herself again?

What listeners say about Where the Dead Go