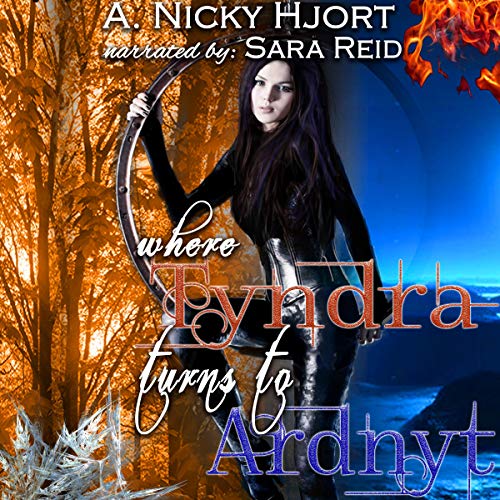 In the center of a magical world there grows a beautiful and terrible chasm of climbing plants. On one side of the Ivy Wall we find the hell-of-Tyndra, on the other, the heaven-of-Ardnyt. But legend has it that in the middle…lives a preternatural beast that imprisons and tortures the children from both sides.

When the war against time begins, Azza will have to cross over the Ivy Wall, something that has never been done before by a living being. But if she does make it through, she just might discover who she really is and how she became trapped in this alternate reality.

A fairytale at heart, this is the first chapter in the epic saga of the youngest and most fickle of the four Norn Sisters. The same feisty immortal creature who must escape her inherent inner darkness to learn the meaning of love.

A veritable palindrome from start to finish, the narrative of Where Tyndra Turns to Ardnyt journeys through duality to discover what shocking truths emerge when up becomes down, life becomes death, suffering becomes release, and the most unexpected endings become the most surprising beginnings.

Welcome to a place where forwards and backwards are exactly the same direction. Here Where Tyndra Turns to Ardnyt.

I was given this free audio-book for the purpose of rating and reviewing.
I love the narrator's voice. This novella drew me in and made me interested in reading the author's other offerings. I enjoyed it and would recommend it to others.

I received this book for free for a honest review. The author did a great job of creating a world. The story flowed easily. The characters had debth and were brought to life by the narrator. Reccomend